Pakistani students stranded in US depart for Lahore 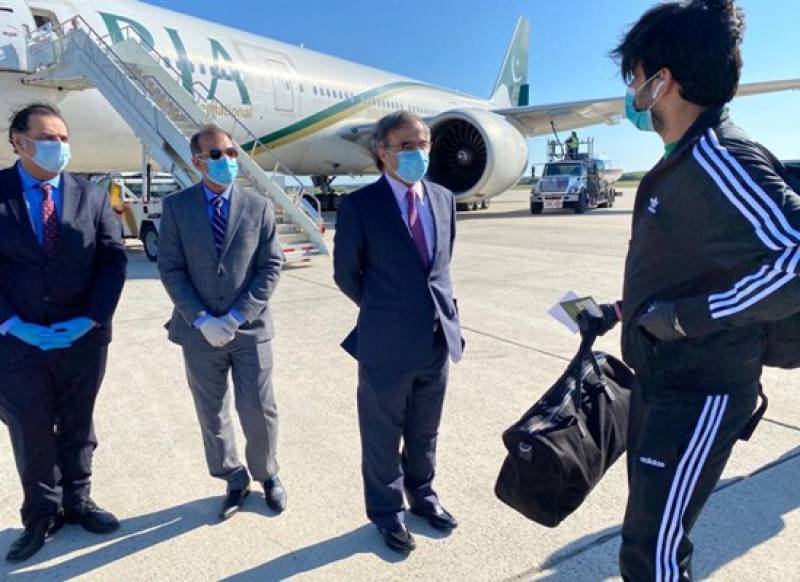 NEW YORK - About 150 Pakistani students, who were in the United States on various US-funded exchange programmes, left Washington for Lahore on Monday in a specially chartered flight, according to the Pakistan Embassy.

The flight was charted by the U.S. government as international commercial flights have remained suspended following the outbreak of coronavirus.

Monday’s group was is in addition to over 65 exchange students, who returned to Karachi last week via Qatar Airways. They were here on various exchange programmes like UGRAD, Fulbright, Humphrey, and YES.

Pakistan’s Ambassador to the United States, Dr. Asad Majeed Khan, bid farewell to the students at the Dulles International Airport outside Washington. State Department officials were also present on the occasion.

Ambassador Khan thanked the US Government, particularly the State Department for arranging the repatriation of students to Pakistan and for taking care of their well-being and safety, particularly during COVID-19 crisis.

The Ambassador also appreciated the patience and resilience of the students while the governments of the United States and Pakistan finalized their travel arrangements.

The charter flight, arranged by the US government, is in addition to the six PIA’s specially chartered flights being operated by the Government of Pakistan for the repatriation of Pakistani citizens stranded in the United States.