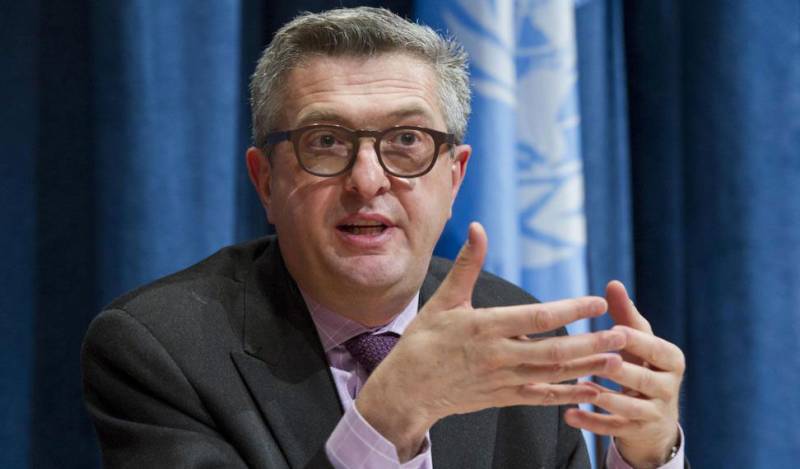 Grandi, 58, will replace Antonio Guterress of Portugal, who was UN High Commissioner for Refugees since 2005, a UN statement said. He will take up the job on January 1.

Three other candidates for the post, diplomats said, were former Danish prime minister Helle Thorning-Schmidt, Jasmine Whitbread, the British-Swiss head of humanitarian organization Save the Children, and Achim Steiner, the German-Brazilian head of the U.N. Environment Programme. Ms. Nishtar, a medical doctor is the founder of Heartfile, an Islamabad-based non-profit NGO think-tank with a focus on policy analysis and innovative solutions for improving health systems in Pakistan.

Grandi's appointment, which will have to be confirmed by the 193-member General Assembly, is unlikely to encounter resistance.

Grandi, who will take over the post amid the biggest global refugee and migration crisis since World War Two, has held a number of senior U.N. posts. He was head of the UN Palestinian refugee agency from 2010 to 2014, after serving as its deputy chief from 2005 to 2010. He was also deputy envoy to the U.N. aid mission in Afghanistan.

He worked for UNHCR in Sudan, Syria, Turkey and Iraq, and led humanitarian operations in Yemen and the Democratic Republic of Congo, among other countries.

The UNHCR said last week that refugees and migrants were expected to arrive in Europe at a rate of up to 5,000 per day via Turkey this winter.

Most of them are fleeing the more than four-year-old civil war in Syria, though many are leaving Iraq and Afghanistan.