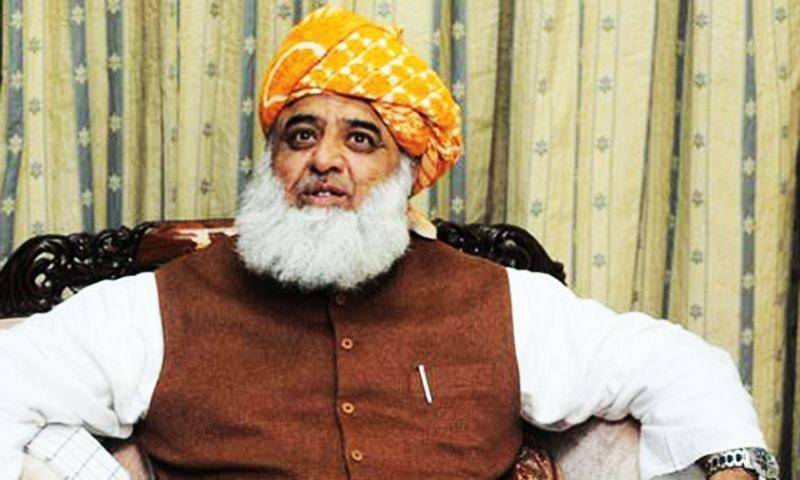 ISLAMABAD - As the Azadi March enters its 13th day amid deadlock between protesters and government, JUI-F chief Maulana Fazlur Rehman on Tuesday gave a green signal to execute what he calls it a Plan B from Wednesday to exert more pressure on the ruling Pakistan Tehreek-e-Insaf (PTI).

The JUI-F chief Maulana Fazlur Rehman and his allies have been demanding the resignation of Prime Minister Imran and fresh elections since the start of the anti-government protest last month.

The ruling political elite's negotiating team held several meetings with opposition's Rehbar Committee to reach a deal but the talks could not break the ice as latter was not ready to budge on its demands.

The government is ready to introduce electoral reforms and other demands fall under the ambit of the Constitution but reluctant to accept what the termed as undemocratic demands.

Addressing the participants of the Azadi March, Maulana Fazlur Rehman said that ongoing sit-in at Peshawar Morr in the federal capital was Plan A, adding that the Plan B will be executed without ending the previous one.

Without revealing what action to be taken under the new strategy, the religio-political leader urged the participants not to leave the sit-in until they were directed to move ahead for Plan B, adding that party's provincial heads will inform the protesters about the next plan.

He also urged people to come out from their homes tomorrow, adding that enough pressure to be built on the government that it will not be able to hold the reins of the country.

Under Plan B, the anti-government protest will be extended to all over the country and major roads will be blocked in Sind, Punjab, Balochistan and Khyber Pakhtunkhwa to force the ruling elite to meet demands, local media reported.

It was also learned that all the thoroughfares of Islamabad and Rawalpindi will be closed as well by the Azadi March supporters.