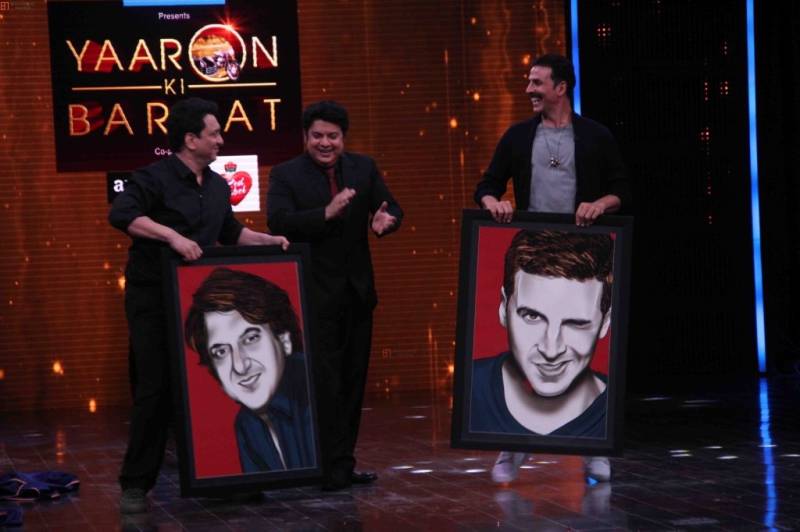 Three women have accused director Sajid Khan of rape as result of these accusations actor onboard Akshay Kumar recently announced his departure from Khan’s film “Housefull 4”. This is not the first attack on Housefull 4 as previously fellow actor of this film Nana Patekar is securitised as he also have been accused of harassment.

Kumar on his return from his vacation took over his social media to express how the #MeToo movement in Bollywood came out to be very disturbing for him. He also made sure his fans knew that he will never be a part of such project where his peers are accused of harassment.

He gave a statement;

“I’ve just landed back in the country last night and reading all the news has been very disturbing. I’ve requested the producers of ‘Housefull 4’ to cancel the shoot until further investigation. This is something that requires the stringent action. I will not work with any proven offender and all those who have been subjugated to harassment should be heard and given the justice they deserve.”

According to a source; “Akshay is renowned for his discipline and has never canceled a shoot in his 28 year career. It’s the first time that he decides to cancel a shoot, perhaps because the #MeToo movement simply cannot be ignored. The charges against Sajid Khan and Nana Patekar are both serious.”

In result Sajid Khan resigned from the project explaining due to the pressure from his family and friends he will be stepping back from the film. 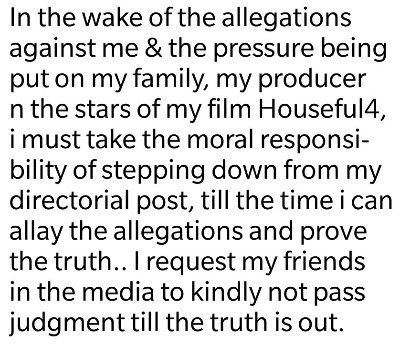