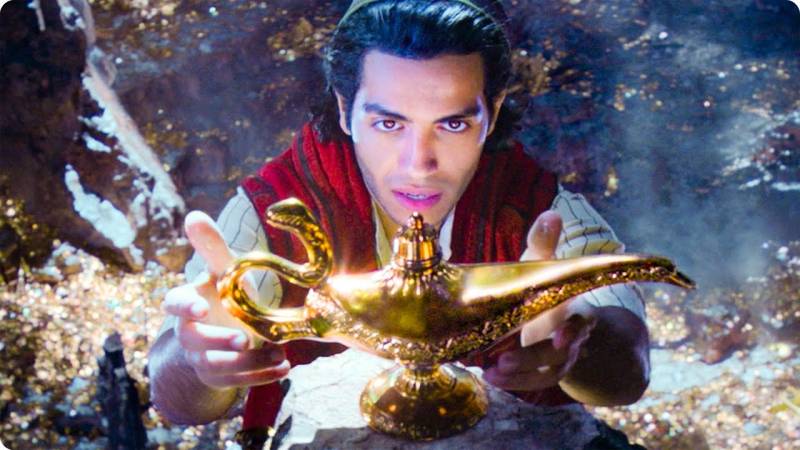 LOS ANGELES - The first teaser trailer for Disney's next big live-action reboot,  Aladdin, has arrived. It's more of a mood piece, introducing viewers to the the...whole new world of the long-awaited revival.

The teaser provides a first look at the film's spectacular visuals and iconic music, while we also get look at Mena Massoud as Aladdin himself.

It stars Will Smith as the Genie, Mena Massoud (Jack Ryan) as Aladdin, Naomi Scott (Power Rangers) as Princess Jasmine, and Marwan Kenzari (The Mummy) as Jafar. It's being directed by Sherlock Holmes director Guy Ritchie.

The new Aladdin is one of several upcoming live-action adaptations of Disney's library of animated classics. Some of the other upcoming films include The Lion King starring Donald Glover as Simba and a Lilo & Stitch film.

2017's Beauty and the Beast starring Emma Watson was a monumental success, bringing in more than $1.2 billion at the box office.

Below is the teaser clip for Aladdin Reboot: