‘President for everyone’: Singapore set to elect first Muslim female head of state 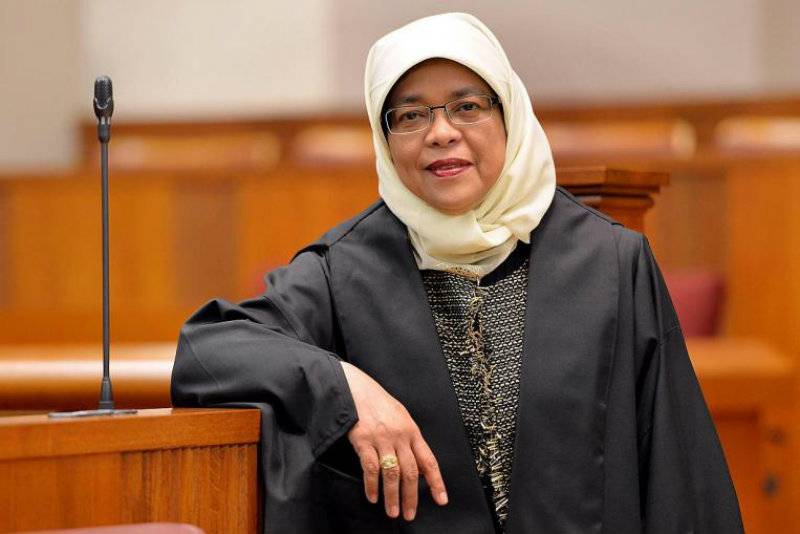 SINGAPORE - Halima Yacob, a former speaker of parliament from Singapore’s Muslim Malay minority, is set to be declared president-elect soon after nominations close at noon on Wednesday.

Singaporeans on Tuesday poured scorn on the process to select their new president, an establishment figure, deemed the only eligible candidate, meaning no election will be held.

Five people had expressed an interest in becoming president of the tightly-controlled, affluent nation of about 5.5 million people.

Businessmen Farid Khan and Salleh Marican did not meet key criteria set for presidential candidates. They were required to have managed a company with shareholder equity of at least S$500 million (HK$2.9 billion).

Halima was the only one of three candidates to get a “certificate of eligibility” to run in the September 23 election, that had been reserved only for ethnic Malays.

That means there will be no election, and 63-year-old Halimah is set to be declared president-elect soon after nominations close at noon on Wednesday. She will be sworn in at a later date.

In her comments on Monday, Halimah said “the process may be reserved, but the president is for everyone, is for all communities regardless of race or religion”.

There was criticism of the process on social media, with Facebook user Hussain Shamsuddin commenting: “As a citizen of this democratic island nation, I’m deeply embarrassed.” “Don’t call it an election if we Singaporeans can’t vote,” wrote Fazly Jijio Din on Facebook.

There was no immediate response from the government.

The presidency is largely ceremonial but has some veto powers on the appointment of key government positions and the use of Singapore’s financial reserves.

Singapore is one of the world’s wealthiest and most stable societies but its political system is tightly controlled. The People’s Action Party has been in power since self-rule was gained from the British in 1959.