Viral: People are pranking siblings by fake-turning them invisible 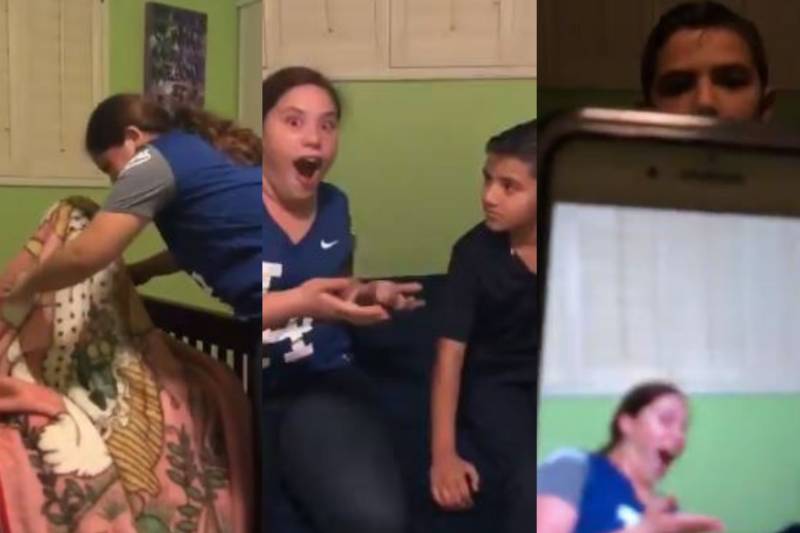 LAHORE -  Last month, magician Justin Willman, who has a show with Netflix, showcased an "invisible" prank that left the Internet both amused and chuckling.

In a video that has gone viral ever since it hit YouTube, William performs his invisible trick on an unsuspecting crowd member, Jonathan. Little did he know, everyone else around him was part of the plan. William puts on a blanket on Jonathan and makes him "disappear".

After Magician Justin Willman started this trend on his Netflix show the people from all over the world started doing it.

The trend is encouraging many people to give the prank a try. Interestingly, many people were successful while doing the trick. Let's have a look at some of the viral clips trending on social media:

Guys, you have to watch all the way through 😂 we did the invisible challenge and it worked!! Don’t mind the messy house, the joy of having a billion siblings 😅 but otherwise enjoy the video and feel free to share it 😂😂 #invisibleprank pic.twitter.com/As5uxBZg6A

If youre having a bad day, you should definitely open this😂🤦🏼‍♀️ pic.twitter.com/kw25xbcLOx

Pranked them so bad they went crazy! 😂☠️😂🤣 #Invisibleprank pic.twitter.com/rkKFuI10a4

So we saw this challenge on twitter how this family told there brother he disappeared and we wanted to try it out on my little cousin,he got so scared 😂😂😂😂😂 pic.twitter.com/jZMhun6Cbn

Have you tried the challenge yet? Tell us in the comments section below.