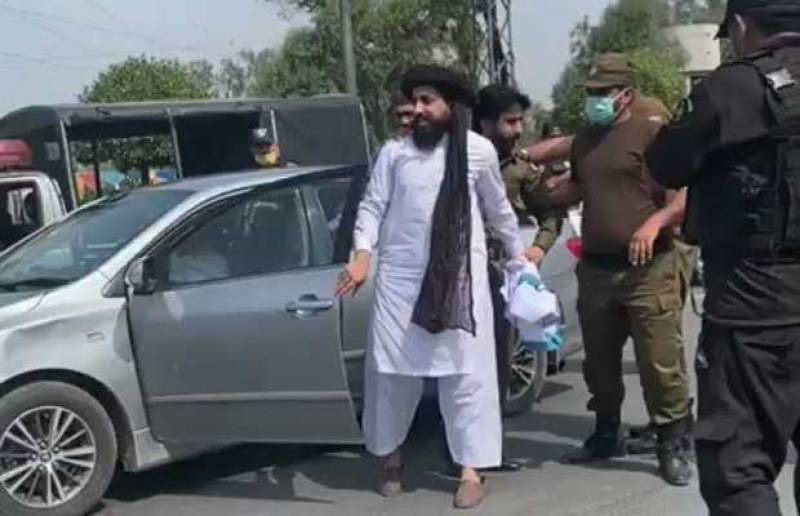 LAHORE – Police in Punjab capital have against Saad Hussain Rizvi, the chief of Tehreek-e-Labbaik Pakistan (TLP), among others for provoking the public against the State.

Rizvi, who was detained by security forces in Lahore on Monday, faces an FIR registered under the ambit of Anti-Terrorism Act. 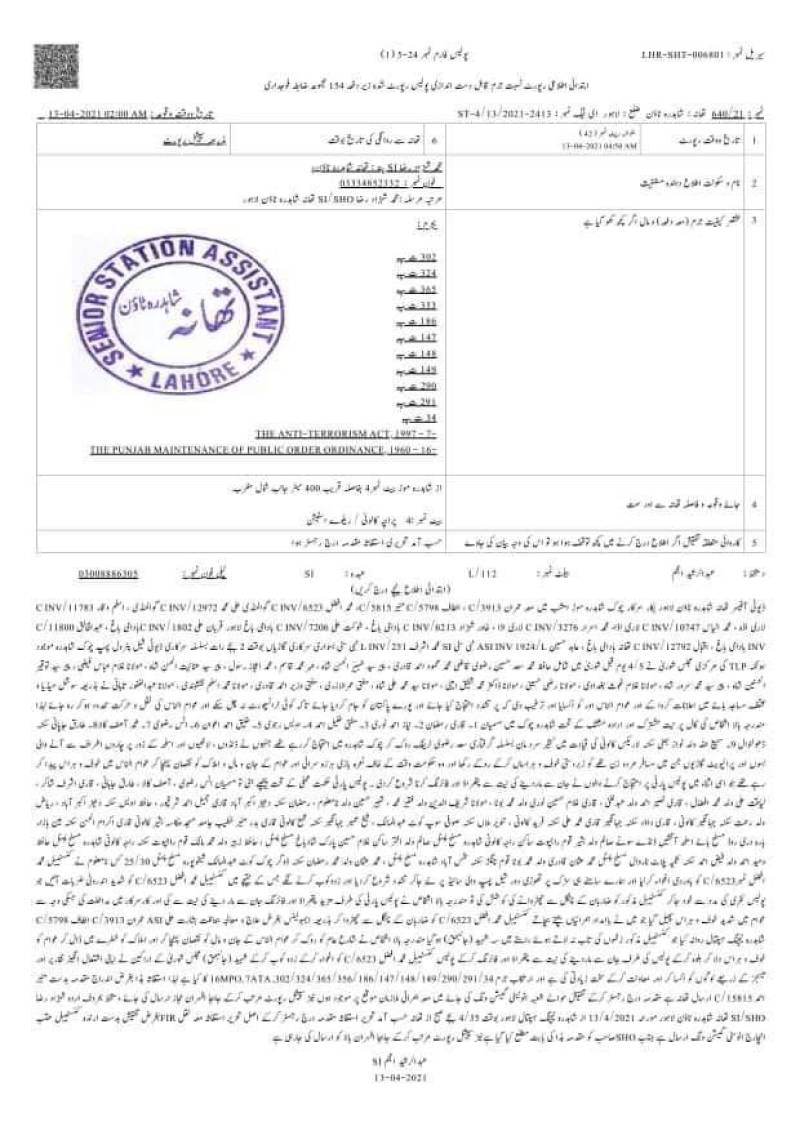 In Lahore, protesters beat a police constable to death during a clash in the Shahdara area, according to Lahore police spokesperson Rana Arif. At least 40 policemen were injured during the demonstrations in Lahore alone, according to a police report.

On the other hand, party spokesperson Tayyab Rizvi said in a statement that nearly a dozen of their workers have been killed in the clashes. He further vowed to continue their protest till the French ambassador is expelled.

Thousands of TLP supporters had been blocking leading arteries in Lahore, Rawalpindi and Karachi till this morning. At the entry and exit places, contingents of Rangers and Army alongside Police were seen deployed.

Major intersections remained closed in Lahore while traffic was upended in Islamabad and Karachi. Further, Motorway Police advised citizens to avoid travelling unnecessarily, adding that Motorway M-1 and M-2 were open for all kinds of traffic.