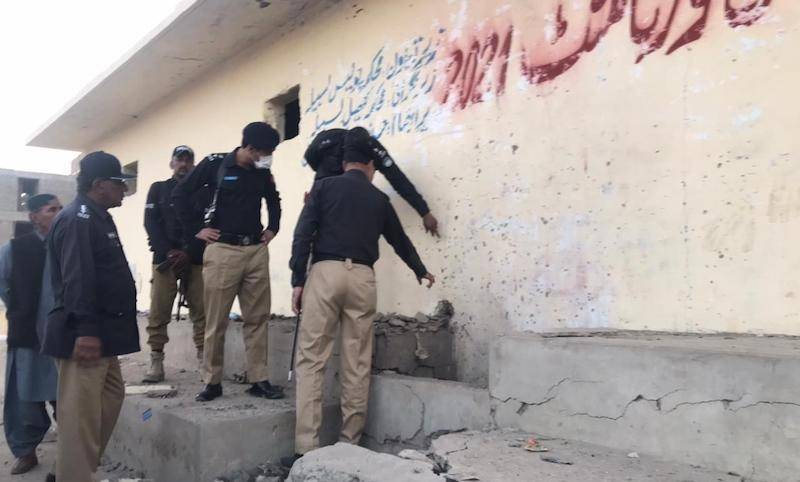 QUETTA – At least 12 people were injured in an explosion at a football ground in Balochistan's Hub on Tuesday.

Police said that the blast occurred when a football match was underway in Allahbad Town, adding that injured persons have been shifted to Karachi after they were given first aid at nearby Jam Ghulam Qadir Hospital.

Two of the injured persons are said to be in critical condition while the remaining are out of danger.

The initial probe suggests that the blast was caused by a locally manufactured improvised explosive device (IED) that had been planted in the ground.

Police said that the football tournament was dedicated to police martyrs.

A probe has been launched into the matter.

KARACHI – Security forces foiled a possible bid of terrorism by defusing explosives planted on a motorbike in ...