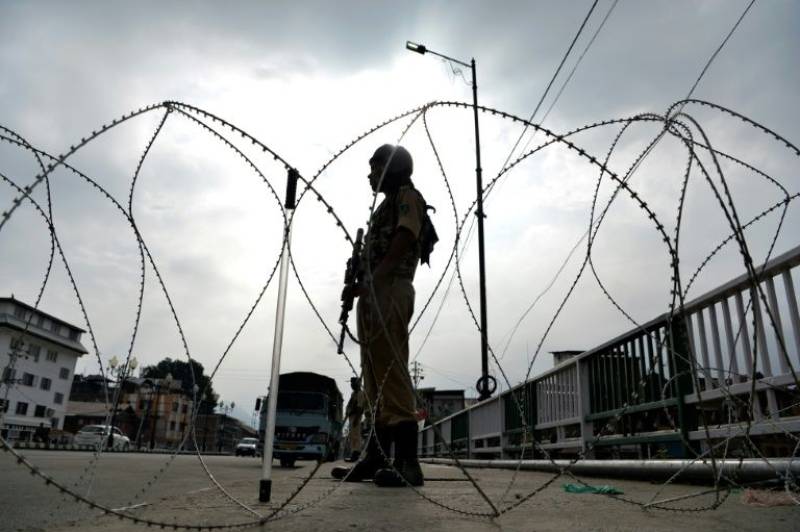 NEW DELHI – India’s top court on Tuesday refused to pass any interim or immediate order on lifting of restrictions in Jammu and Kashmir, including restoring communication services, according to reports in local media.

A Supreme Court bench, headed by Justice Arun Mishra, was hearing a petition by Congress Party activist Tehseen Poonawalla against the recent actions by the Indian government in Kashmir that violate the fundamental rights guaranteed under Articles 19 and 21 of the country’s constitution.

Besides seeking withdrawal of curfew, and other regressive measures including blocking of phone lines, Internet and news channels in the held valley, Poonawalla has also sought a direction from the top court for the release of Kashmiri leaders like former chief ministers Omar Abdullah and Mehbooba Mufti.

The court said the Centre required time to restore normalcy as nothing could be done overnight and deferred the hearing for two weeks, the India Today reported.

The SC says I may not know all the facts yet says the petition may be maintainable . Then says I don't have facts ..then says situation must Improve & we are for restoring liberty ! Ok then ..all we are asking for landlines to be opened..!!
We can take a call

After the government’s assurance to the court that it was reviewing the situation on a daily basis and was committed to ensure “least human rights violations”, the court decided it would not interfere right now and let the government continue with its efforts to maintain law and order in the held-Valley.

Attorney General replied,'we are reviewing the day-to-day situation. It’s a highly sensitive situation, it’s in the interest of everyone. Not a single drop of blood has been shed, no one died. SC says,'we post the matter for hearing after two weeks and we will see what happens.' https://t.co/Q2JdjBB0NK

The country’s top court also heard a petition by Anuradha Bhasin, executive editor of Kashmir Times, published from Jammu and Srinagar, which sought to lift reporting restrictions in Kashmir. Bhasin was asked to hand over a memo to the registrar for urgent listing of the plea, the ANI reported.

“The debilitating restrictions imposed through the complete shutdown on internet and telecommunication services, and severe curbs on the movement of photo journalists and reporters be immediately relaxed in order to ensure the freedom of the press and media,” read Bhasin’s petition, which was filed on Sunday.

Another petition by Akbar Lone from the Jammu and Kashmir National Conference challenged the legality of the decision to scrap Article 370.

BEIJING - China has again expressed concerned over the current situation in Occupied Kashmir and escalating conflict ...

New Delhi last week stripped Jammu and Kashmir of its special constitutional status and divided the state into two federally administered territories in clear violation of UN resolutions. The move was fiercely opposed by the Muslim-dominated Kashmir valley, which has been a bone of contention between nuclear-armed rivals Pakistan and India since they gained freedom from British colonial rule in 1947.