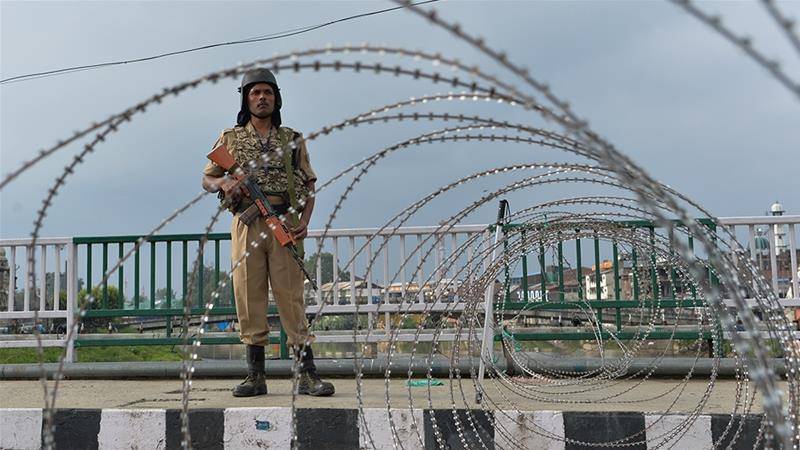 TEHRAN – Iran has urged the Indian government to take measures to normalise the situation in Jammu and Kashmir, expressing concern about restrictions faced by Muslims in the occupied state, the Iranian Foreign Ministry said in a statement on Tuesday.

The statement added it was reacting to reports about the difficult security situation in several districts of Jammu and Kashmir as well as religious restrictions faced by the Muslim community there.

It stressed that India should take measures that would return the region back to normal and allow people to exercise their natural rights.

On August 5, Indian President Ram Nath Kovind signed a decree removing the special status of Jammu and Kashmir, which was granted to the state by Article 370 of the Indian constitution. Under the new initiative of the Federal government, the region will be divided into two union territories.

Pakistan has condemned India's move that violates the UN resolutions on Kashmir, with Prime Minister Imran Khan comparing it to Nazi ideology.

Islamabad has announced to use all diplomatic channels to ensure justice to Kashmirs under Indian occupation.

International experts have warned of disastrous consequences for India if the ongoing situation in Occupied Kashmir continues.

BBC has reported an analysis by professor of international politics at the London School of Economics, Sumantra Bose in which she said India's unilateral decision of revoking Kashmir`s special status is fraught with challenges.

"Kashmir will no more remain part of India if the ongoing grave situation continues," she warned.

Bose said the revocation of Article 370 is a fulfillment of Hindu nationalists demand who have vehemently denounced the provision for decades.