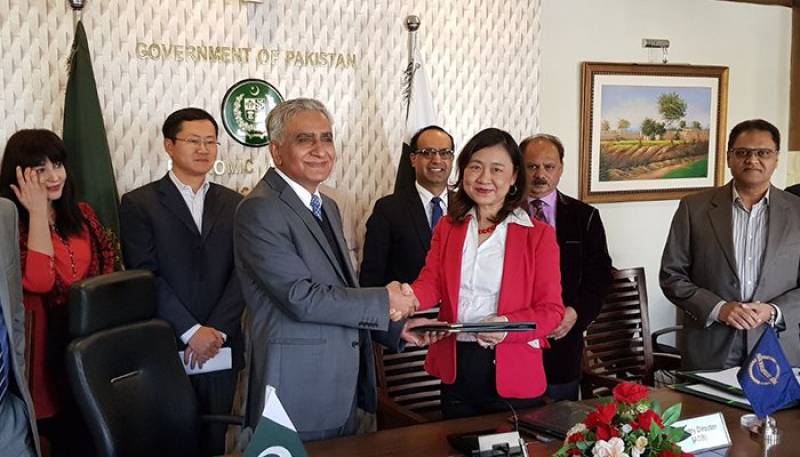 The agreement was signed by ADB Country Director for Pakistan Xiaohong Yang and Secretary of the Economic Affairs Division Noor Ahmed at a ceremony in Islamabad, according to an official ADB press release.

“The project will help provide a more stable and secure electricity supply, so people and businesses can continue their productivity and contribution to the economy," said Yang.

“ADB is working with the government and the private sector to further develop Pakistan’s power supply chain, including expanding the power transmission network,” read the press release.

The agreement is the third tranche of a multi-tranche financing facility (MFF) under the ADB-supported Second Power Transmission Investment Program. The MFF aims to develop a stronger, smarter, greener, and more climate-resilient power transmission system in Pakistan.

The tranche is comprised of a $280 million loan from ADB’s ordinary capital resources and a $4 million grant from the High-Level Technology Fund (HLTF) to help the National Transmission & Dispatch Company Limited (NTDC) meet the country’s electricity demand of 1,150 megawatts efficiently and reliably. To achieve this, it will deploy high-level technologies and climate-resilient transmission systems through load centers in Punjab Province.

The investment in the power transmission network—the first investment of its kind by ADB in Pakistan—will pilot large-scale, grid-connected battery energy storage system, which will help NTDC comply with national standards and best practices in power distribution. It will also enhance the NTDC’s capacity to dispatch intermittent renewable energy. This investment will also facilitate the development of ancillary services market which is an important component of the future competitive power market.

ADB is committed to achieving a prosperous, inclusive, resilient, and sustainable Asia and the Pacific, while sustaining its efforts to eradicate extreme poverty. Established in 1966, it is owned by 67 members—48 from the region. In 2017, ADB operations totaled $32.2 billion, including $11.9 billion in co-financing.