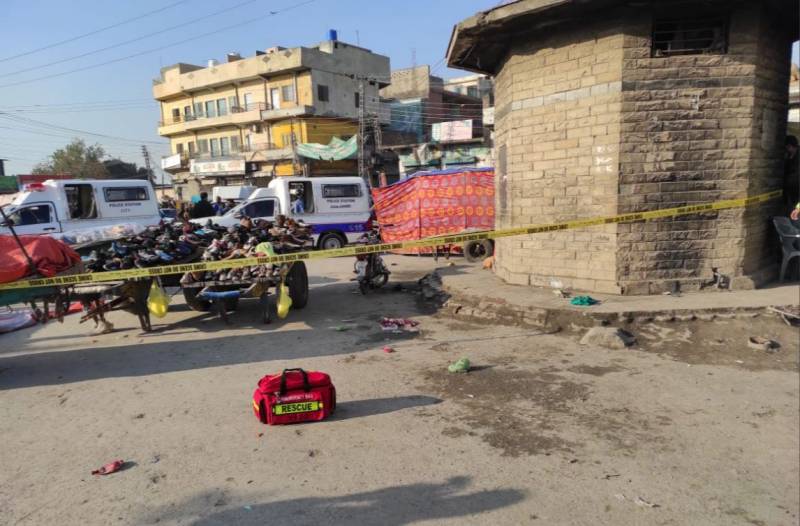 RAWALPINDI – At least twenty-five people have been injured in an explosion near Ganj Mandi police station on Sunday.

According to the sources, three of those injured are critical, with at least 14 people moved to DHQ Hospital for treatment.

Police officials said a time device was placed near a water filtration plant. It was at least 50-feet away from the police station premises.

Law enforcement agencies have cordoned off the area and an investigation is underway.

Four of the passerby people injured in the explosion were members of a family. They have been identified as two children, their father, and mother.

LAHORE – Preparations for the much-hyped power show in full swing as the Pakistan Democratic Movement (PDM) is ...