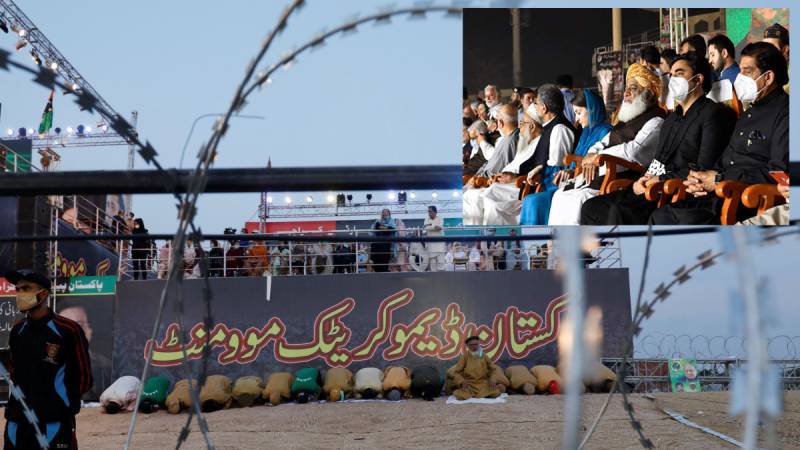 LAHORE – Preparations for the much-hyped power show in full swing as the Pakistan Democratic Movement (PDM) is all gears up to hold its last 'anti-government' power show at Greater Iqbal Park today.

Two of the wooden stages are formed, one for the key leaders while one for the other leaders. A 20 feet high and 8- feet tall LED screen is mounted while at least 10 smaller ones are installed around parts of the venue. Power generators have been placed and heavy-duty lights are installed for the rally beside the sound system.

Huge banners of opposition central leaders have been hung in the venue. Five of the points of entry into the ground have been formed, one for party leadership while others for the public. A separate entrance point and enclosure has been built for female workers.

Former governor Sindh and PML-N leader, Muhammad Zubair said,' Nawaz to make a big announcement at PDM rally today'. Maryam Nawaz's speech should also be listened to as carefully as important too. 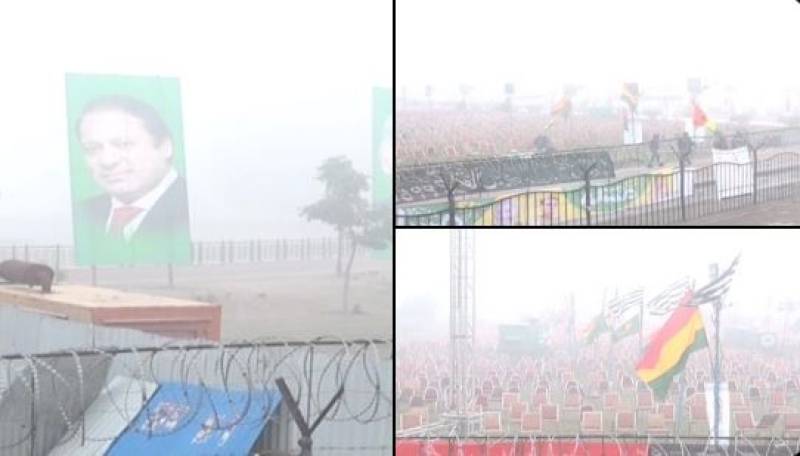 The workers of Opposition parties have started arriving at the venue from the last day, while the Jalsa organizers have asked the public to reach the venue at 2 pm. Large banners with pictures of PDM’s central leaders and slogans have also been hung around the grounds.

The PDM key leaders will arrive at the Minar-e-Pakistan venue in multiple rallies. PML-N Vice President Maryam Nawaz will depart from Jati Umra in a rally while PPP chairman Bilawal Bhutto will in a special truck.

It will be the first appearance of PPP chairman Bilawal Bhutto-Zardari at a political gathering at Minar-i-Pakistan.

PML-N being the host of the power show hosted a lunch for all the leaders today at the residence of Ayaz Sadiq.

PML-N vice president speaking to media ahead of PDM powershow.

Earlier on Saturday a number of PML-N workers stormed Minar-i-Pakistan, broke the locks of its main gate and placed chairs, and started forming the stage. Maryam Nawaz along with other PML-N leaders also visited the venue late on Saturday night to take a look at the arrangements.

At least 3,000 volunteers of the JUI-F Ansarul Islam will provide security cover to the rally. 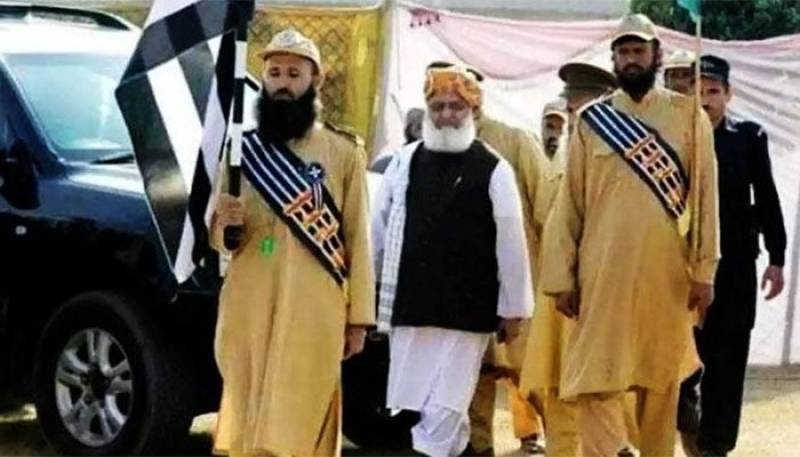 LAHORE – Police on Saturday warned the senior leadership of the Pakistan Democratic Movement of a possible ...

The Punjab government imposed a smart lockdown in 13 areas neighbouring Minar-e-Pakistan ahead of the rally. The areas that have been named in the notification are Rang Mehal, Androon Shera Wala Gate, Mochi Gate, Andaroon Bhatti Gate, Chuhan Road, four streets of Ravi Road, and four streets in Badami Bagh.

The next phase of the PDM’s struggle would begin in January as it has reportedly planned more rallies including a long march towards Islamabad in the last week of the next month. Sources say the PDM has finalised its schedule for the long march, according to which it will enter the federal capital on January 25.