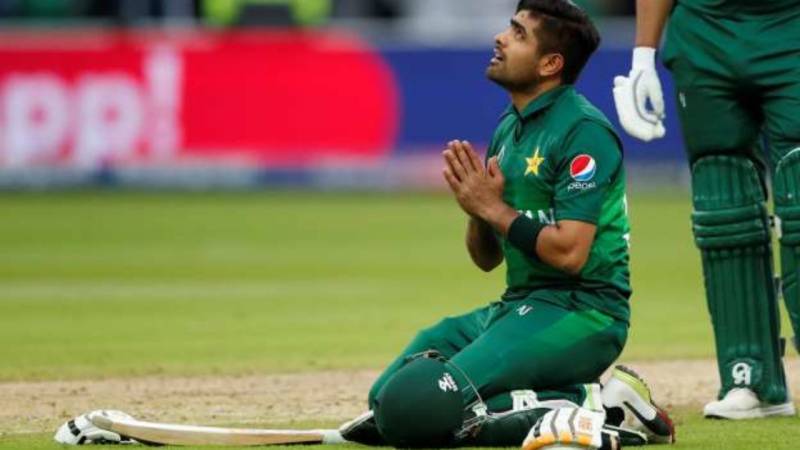 LAHORE – Pakistan suffered a massive blow as Captain Babar Azam has been ruled out of New Zealand T20Is after suffering a fracture in his right thumb.

In a statement issued on Sunday, the Pakistan Cricket Board (PCB) confirmed that the World’s second-ranked T20I batsman suffered the injury during a throw-down session, following which he was taken to a local hospital where X-rays confirmed his fracture.

Breaking: Pakistan captain Babar Azam has been ruled out of New Zealand T20Is after suffering a fracture in his right thumb during Sunday morning’s practice session

Babar will be unable to attend practice sessions for at least 12 days, so he will not be available for the 3 T20 matches to be played on 18, 20, and 22 December.

LAHORE – A local court has dismissed an application of a woman who accused Pakistan’s skipper Babar Azam of ...

“Injuries are part and parcel of professional sport and while it is hugely disappointing to lose a player of Babar Azam’s calibre for the T20Is, this opens up opportunities for the other highly talented and exciting players to step-up, understand their responsibilities and try to prove that the Pakistan side is a complete package,” Pakistan coach Misbah-ul-Haq said in a statement.

Earlier Imam-ul-Haq had fractured his left thumb also during a throw-down session. He had also been advised a 12-day rest, which confirmed his non-availability for Pakistan.

Meanwhile, Pakistan T20I vice-captain Shadab Khan is also carrying a groin niggle, which limited his participation in Sunday’s net sessions to batting only.

LAHORE – Pakistan Cricket Board (PCB) on Friday announced its plans for their upcoming Future Tours Programme ...