Under-19 Polo Championship 2020-21 commences in Lahore 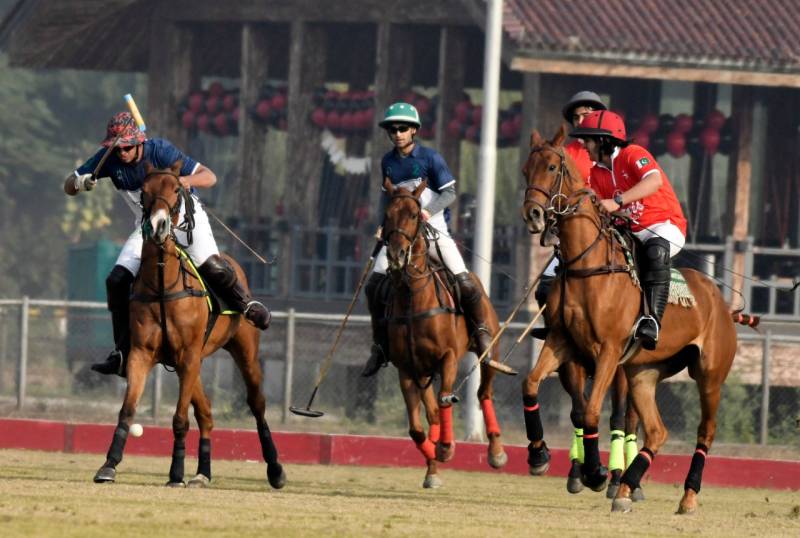 LAHORE – The Jinnah Polo & Country Club-organised Under-19 Polo Championship 2020-21 got underway here at the JP&CC ground while two matches were played on Tuesday.

From the winning side, Raja Jalal Arslan and Nazar Dean Muhammad hammered a hat-trick each while Basil Faisal Khokhar and Amal Raza converted one goal apiece. From the losing side, Hamza Ali Hakeem struck twice and Muhammad Ali Malik once but their efforts remained fruitless.

The second match of the opening day also proved to be a one-sided affair where JP&CC Colts outsmarted LGPC Servis Tyres with a huge margin of 9-1. Syed Muhammad Turab Rizvi emerged as hero of the day from the winning side as he displayed high-quality polo skills and mallet work and contributed with fabulous four goals while Mustafa Aziz converted a hat-trick and Aminur Rehman and Faris Noor-ud-din scores one goal each.

From the losing side, the only goal was converted by Musa Javed.

Today, two more matches will be played as JP&CC Colts will vie against LPC AOS in the first match at 12:30 pm while LPC Remington Pharma will compete against LGPC Service Tyres in the second match at 1:30 pm.