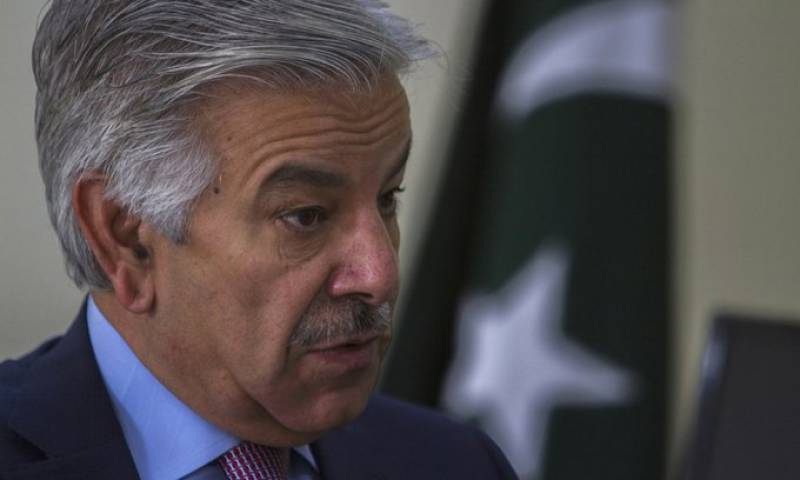 ISLAMABAD – An Islamabad accountability court on Wednesday approved two-day transit remand for PML-N leader Khawaja Asif, ordering the anti-graft watchdog to immediately present him before the relevant court in Lahore.

Khawaja, former defence minister, was arrested on Tuesday on four charges, including owning more assets than his reported income can justify, providing false sources of income and accumulating undue assets while in public office.

“In view of the distance between Islamabad and Lahore, transit remand is granted subject to medical fitness as such as the Investigating Officer (IO) is directed to produce the accused before concerned accountability on or before December 31 [Thursday]," Judge Muhammad Bashir ruled while hearing the case. 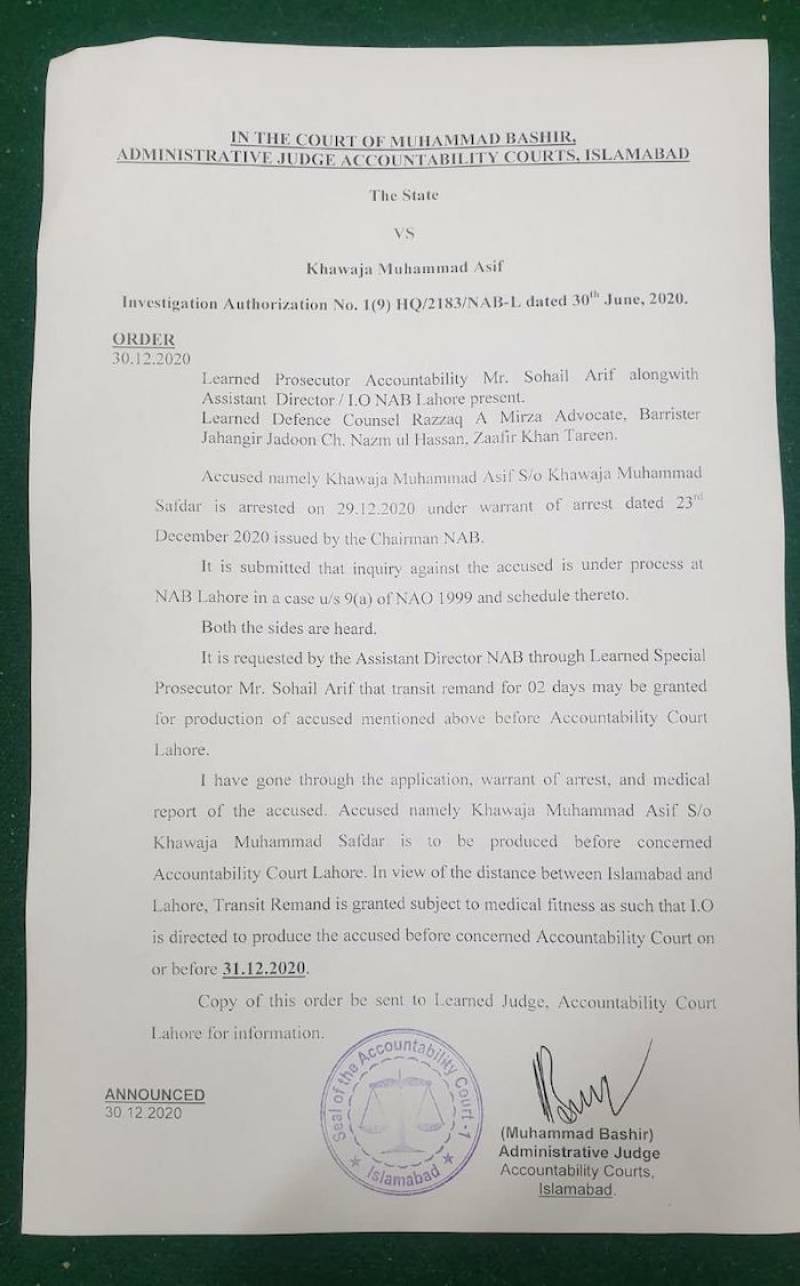 According to National Accountability Bureau (NAB), Asif hid his illegally gained assets by transferring them to other people’s names. In 1991 he had assets worth Rs5.1 million but in 2018 they were worth Rs221 million.

Before the 2018 general election, the Islamabad High Court had disqualified Asif for holding a foreign iqama (work permit) but the Supreme Court had overturned the order and allowed him to contest the election. He was elected an MNA from NA-73 Sialkot.

Talking to the media outside the Islamabad court, Khawaja Asif said that there have been many attempts to break the PML-N and weaken its supremo Nawaz Sharif over the last two and a half years.

The PML-N lawmaker said he was "100% sure" that Prime Minister Imran Khan was behind his arrest.