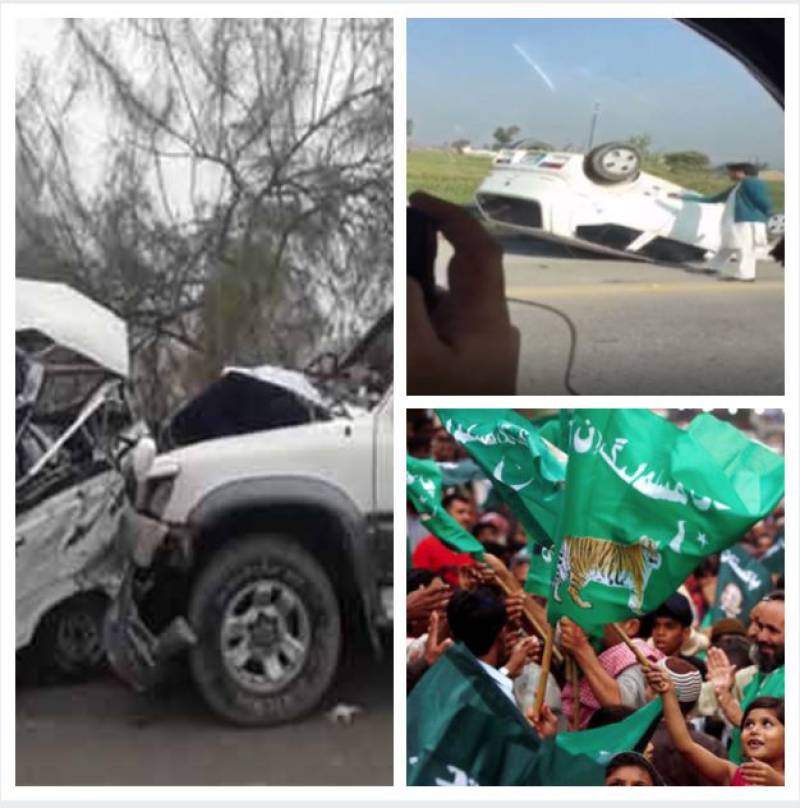 PESHAWAR – A number of Pakistan Muslim League Nawaz workers were injured after five of the cars rammed into each other at Peshawar-Lahore motorway on Sunday.

According to the details, the cars were traveling to Lahore for the Pakistan Democratic Movement power show at Minar-e-Pakistan scheduled today.

API Response: No news found against this URL: https://en.dailypakistan.com.pk/uploads/digital_news/2020-12-13/several-injured-as-pml-n-s-convoy-faces-accident-on-peshawar-motorway-video-1607857564-1652.mp4

Sources said one of the cars turned turtle which injured the opposition alliance activists.

As per the motorway police, the accident took place near the Charsadda-Mardan road on Sunday afternoon.

Rescue and police officials arrived and shifted the injured to the nearest hospital.