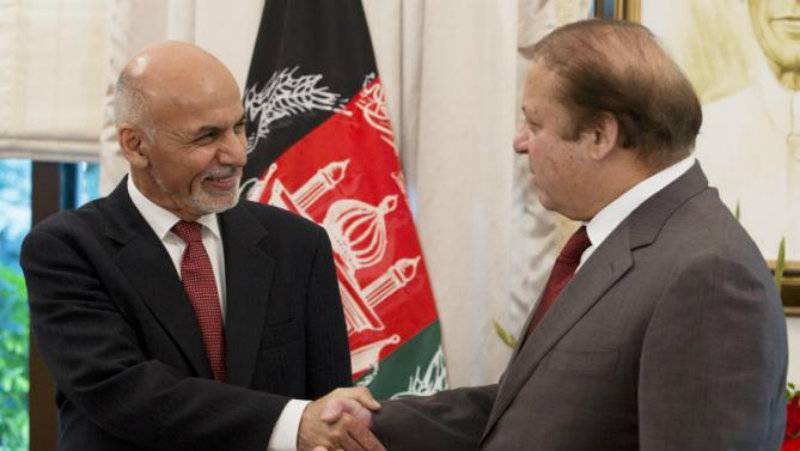 ISLAMABAD (web Desk) - Afghan President Mohammad Ashraf Ghani on Wednesday made a telephonic call to the Prime Minister Nawaz Sharif and apprised him regarding the attack on Pakistani consulate in Jalalabad.

Ghani expressed concern and grief and assured for more security measures for Pakistan's diplomats in Afghanistan.

Nawaz thanked Afghan president for his concerns and also conveyed condolences on the deaths of Afghan security personnel.

Earlier, Afghanistan's Ambassador to Pakistan Janan Mosazai said that a majority of militants fleeing operations in Pakistan's Mohmand and Orakzai agencies joined the Afghan chapter of the militant Islamic State (IS) group, adding that IS has become a major threat in the region.

About 60 to 70 per cent militants fleeing Pakistan during offensives in Mohmand and Orakzai went on to join IS in Afghanistan, Mosazai claimed. He said terrorism was a common issue for both Pakistan and Afghanistan, and reiterated the Afghan government's commitment to not allow anyone to use its territory against Pakistan.

Mosazai said Afghanistan was committed to its policy of non-interference in neighbouring countries, including Pakistan.

Kabul wants good neighbouring relations with Pakistan as it is important for the economic prosperity of Afghanistan, the envoy said.