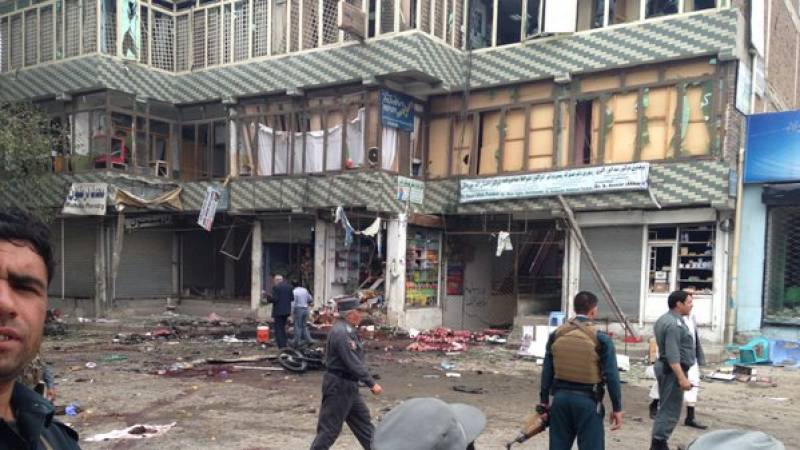 A gun battle between armed men and security officials was also reported after the blast.

According to Afghan news agency Pajhwok, it was suicide blast which took place just 200 meters away from a building owned by Pakistani embassy. Six cops were killed in the blast.

Rescue teams and law enforcement agencies rushed to the blast site immediately. The area has been completely cordoned off.

No group immediately claimed responsibility for the attack.

The consulates of India, Pakistan and Iran are located just few hundred meters away from the blast site. The offices of Afghan TV and Radio stations are also located in the same area.

This is second time in a week when a blast has taken place near consulates buildings in Jalalabad city.

The blast comes just a week before when four-nation meeting is due in Kabul to finalize a plan to hold talks between Afghan government and Taliban insurgents.