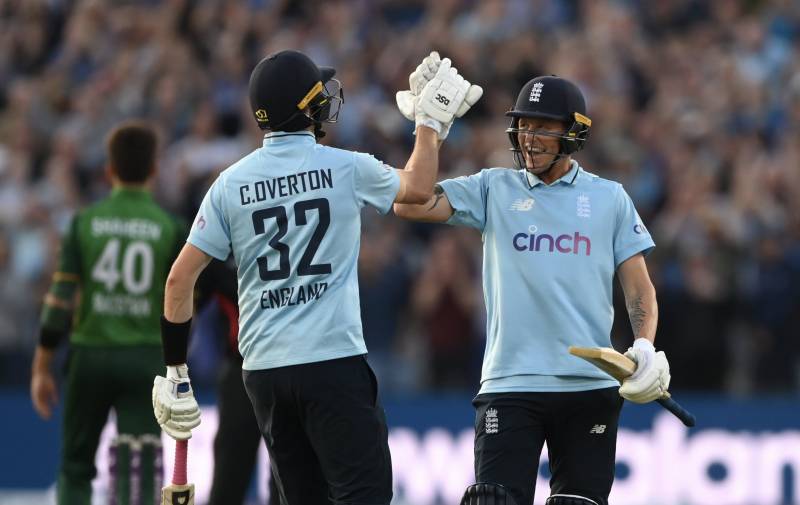 BIRMINGHAM – England defeated Pakistan by three wickets in the third and final match, taking the series 3-0 on Tuesday.

After being outplayed in the first two ODIs, the Babar Azam-led Pakistan side performed well with the bat. A record-breaking performance by the skipper helped Pakistan post a target of 332 runs for England in the third and final ODI of the series at Edgbaston on Tuesday.

With a thrilling inning of 158 runs, Babar Azam has become the first Pakistan captain to reach the milestone. He has also become the fastest player to score the 14th ODI century of his career. The 26-year-old batsman achieved the title in 81 innings while Hasham Amla and Davis Warner reached the milestoned in 84 and 98 innings, respectively.

Pakistan set England a target of 332 after an incredible knock from Babar Azam!

Imamul Haq scored 56 runs while Mohammad Rizwan made 74 to help the team set a handsome target for hosts.

England on Tuesday won the toss and elected to bowl first against Pakistan.

The hosts who have revealed their bench strength by taking an unassailable 2-0 lead with a second-string team will look to seal the three-match ODI series against Pakistan today.

England clinching the first one-dayer at Cardiff by nine wickets and the second match at Lord's by 52 runs, now looking to secure a whitewash with another win.