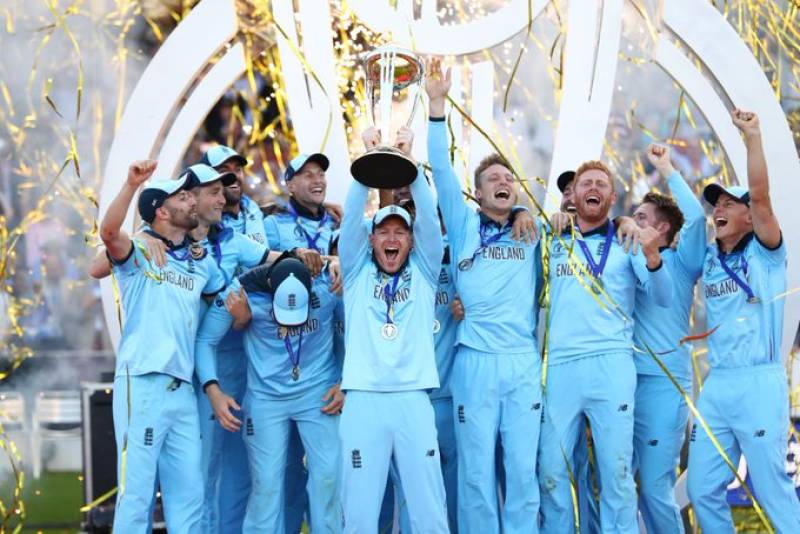 LORDS – England won their first ever ICC World Cup after beating New Zealand in the super over at the Lord's on Sunday.

Jimmy Neesham and Martin Guptill come out to bat. Jofra Archer has the ball in his hand.

Earlier, New Zealand won the toss and elected to bat first against the hosts.

#KaneWilliamson has won the toss and elected to bat first in the World Cup final at Lord's!

Follow #NZvENG live and watch highlights on the #CWC19 app ?

Earlier, England has qualified for the final of the ICC World Cup 2019, beating Australia by 8 wickets at Birmingham on Thursday while New Zealand had beaten India by 18 runs at Manchester on Wednesday.

Pakistan had defeated both final qualifier teams in its mega event matches.

Neither England nor New Zealand has won the World Cup before and Sunday’s winner would create cricketing history. England and New Zealand enter in the World Cup final knowing years of planning come down to a single day at Lord’s.

Morgan has made England the most-feared one-day international side since an embarrassingly early exit in 2015 while Williamson has built on the legacy of Brendon McCullum, whose team were losing finalists four years ago.