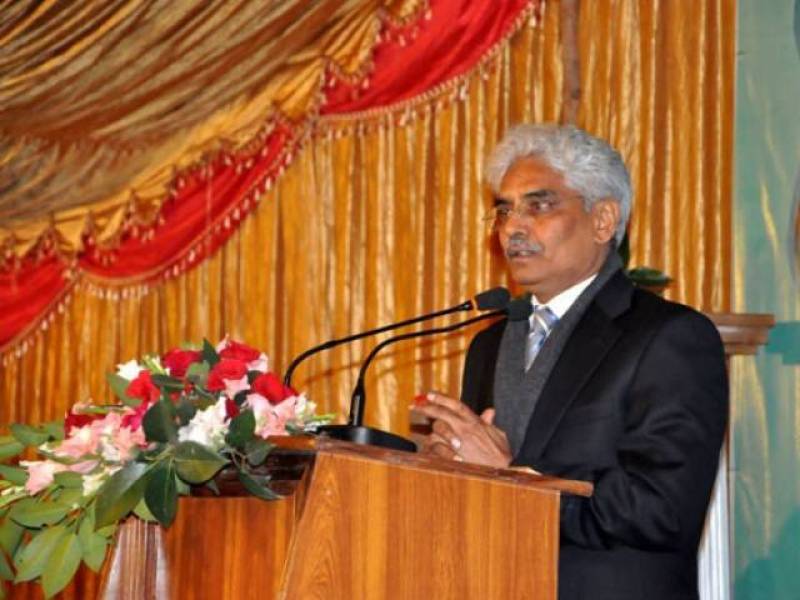 ISLAMABAD (Staff Report) - The suspension of Comsats Institute of Information Technology (CIIT) Pro-Rector Haroon Rashid, whose doctoral thesis was found to be up to 72 percent plagiarised – has spurred debate over the future of the National Testing Service (NTS), as Mr. Rashid was CEO of NTS as well.

Mr Haroon was suspended by the Comsats board of governors after the Islamabad High Court (IHC) ordered vacating the stay order granted to him. Through this stay order, he was able to challenge the Higher Education Commission's (HEC's) probe into his supposedly plagiarized thesis.

In the aftermath of the verdict, Preston University withdrew the doctorate issued to  Haroon Rashid. Sources confirm that the future of NTS is also under consideration as the testing service was initiated by Comsats.

According to details, Comsats Rector, Syed Junaid Zaidi was also unavailable for comment.

However, officials close to Mr Rashid defended him, arguing that he had completed his degree in 2006 while the HEC’s plagiarism policy was implemented in 2007.

Haroon Rashid, for now, has left the country.

It must be mentioned here that Higher Education Commission vows to take stern action against plagiarism and at present 40 plagiarism cases have been proved against university employees but university administration is hesitant to follow up these matters.