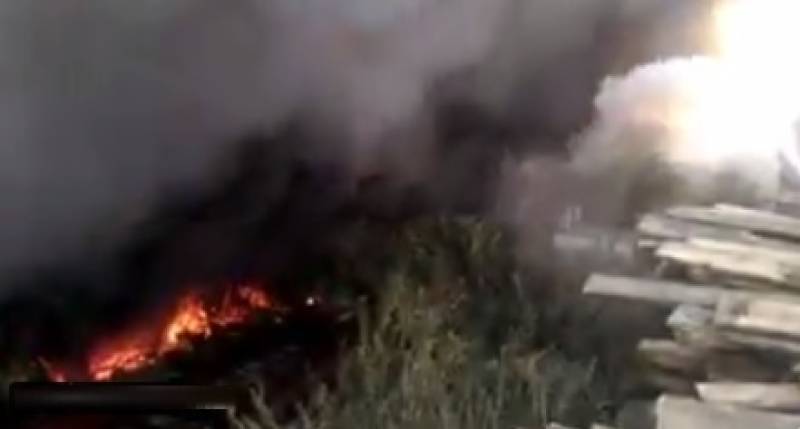 KARACHI – Hundreds of impounded motorcycles, auto-rickshaws and cars were charred after a fire erupted at the central vehicle pool in Gulshan-e-Iqbal area of the port city on Sunday.

Officials said that fire started at about 9:50 am, adding that fire tenders and rescue officials reached the 'Nazarat' site, which is surrounded by residential area, to extinguish the inferno within 15 minutes after receiving the emergency call.

They said that timely action contained the fire from spreading to the houses adjacent to the parking place for vehicles impounded by traffic and security officials on various reasons.

It is reported that most part of the parking lot is covered with bushes that caught fire first and later it engulfed impounded motorcycles and cars.

Meanwhile, authorities have ordered a probe into the incident to ascertain the causes of the blaze.

Residents of the area said that timely action by fire tenders saved their houses. They urged the authorities to either shift vehicles from the lot or take measures to avoid such incidents in future.

The impoundment lot has witnessed several fire incidents in the past. Around 60 vehicles were gutted and 100 others partially damaged in 2016 fire.

PESHAWAR – A firefighter of Rescue 1122 has embraced martyrdom while battling a forest fire that burned down a ...