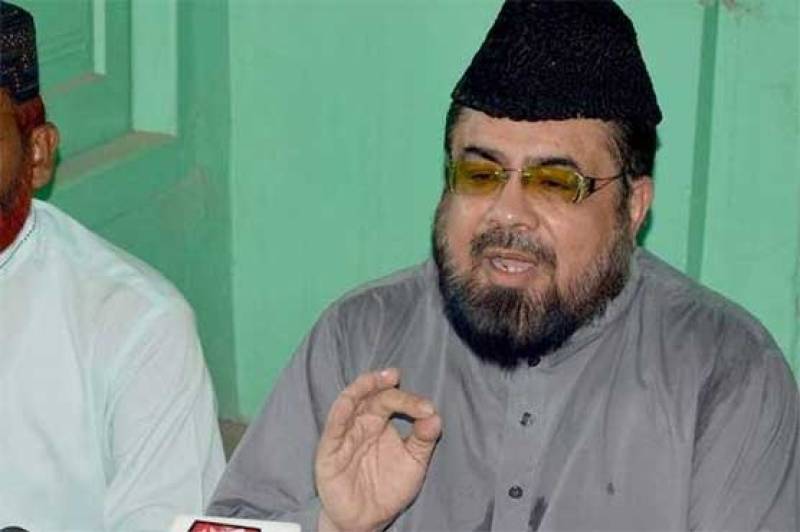 MULTAN - A controversial Pakistani cleric who is making headlines for his secret conversations and meetings with TikToker Hareem Shah is "not fit mentally," one of his family members announced on Friday.

Abdul Wahid Nadeem, an uncle of Mufti Abdul Qavi, during a press conference flanked by some religious persons said, “We have decided to withdraw the title of Mufti from his name until he recovers from his mental complications”.

Nadeem said that the vulgar acts by Qavi had tarnished the reputation of the family, adding: “Being a religious family, we have imparted education to number people”.

He revealed that the mobile phone of the controversial cleric has been taken back, adding: “Abdul Qavi is undergoing mental treatment”.

He went on to say that Qavi, who remains in headlines from time to time for not the good reasons, was an intelligent person of the family but his thirst for fame has embroiled him in controversies.

Recently, Hareem Shah shared a couple of videos of a controversial religious figure. In one of the video, Qavi was slapped by Shah for what she calls indecent language.