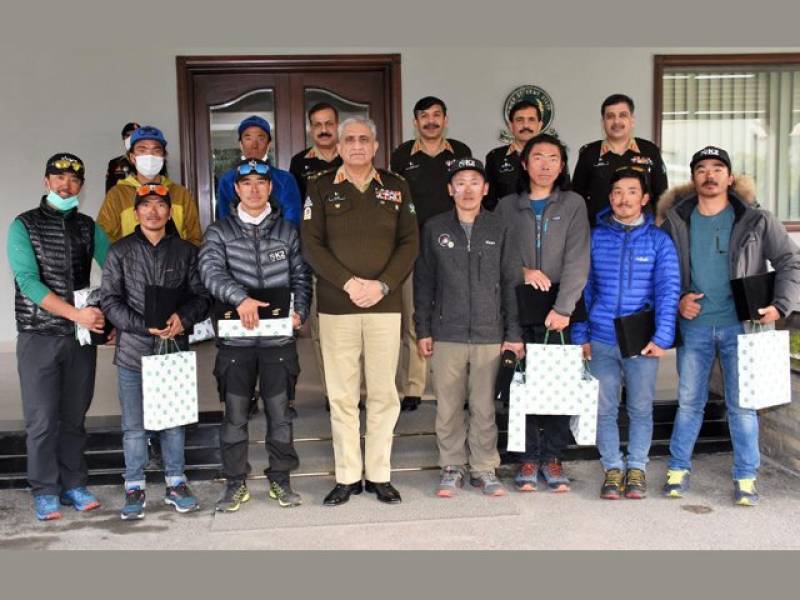 “COAS congratulated the climbers for their great achievement, scaling K-2 in winter for the first time; making history in the field of mountaineering,” read the statement.

The climbers also shared their experiences of climbing the savage mountain, besides explaining tourism potential in Pakistan. They also praised the people of Gilgit-Baltistan for their hospitality.

K2 was the only mountain higher than 8,000m not to be conquered in winters. It is located in the Pakistani portion of the Karakoram range along the Chinese border and is known as the world’s most dangerous peak.

K2 was first climbed in 1954 by Italian climber Achille Compagnoni. So far, 86 climbers have lost their lives while only 450 climbers have managed to climb it.