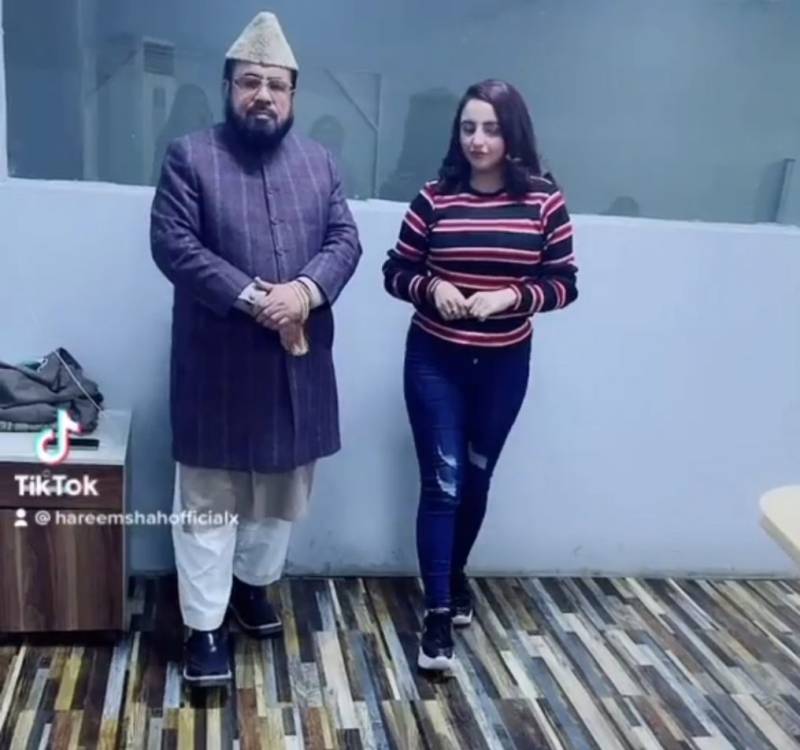 KARACHI – Pakistan's social media sensation Hareem Shah has leaked another video of controversial cleric Mufti Abdul Qavi, days after he was slapped by her secretary over 'vulgar and dirty conversation'.

Sharing the video on her official Twitter handle, she also warned the cleric of releasing another video from PC Hotel Karachi 'if he doesn't behave'.

Leaked video call conversation between the TikToker and the cleric, Qavi can be heard planning for a 'late night meetup' with Hareem after the recording of a talk show while sending her kisses online.

The video, which was recorded one or two days before the cleric was slapped by Hareem's associate (cousin), shows Hareem Shah inviting Mufti Qavi to her first ever talk show, also offering him air tickets and Rs50,000 in cash for his appearance. The excited cleric, on the other hand, can be heard asking her 'what else' he will get from Hareem, other than the payment agreed.

"If you agree to take me in your 'caliphate', I am ready to stay for the night. We will stay together until the morning prayer."

At the end of the conversation, Qavi shamelessly asks Shah if she has read the Kalima to which she responds in affirmative. He then ends the video call with goodbye kisses.

This week, the TikTok star took social media by storm after she released multiple videos of the controversial religious figure sharing his 'healthy' habits of drinking 'red wine only' and consuming drugs for recreational purpose.