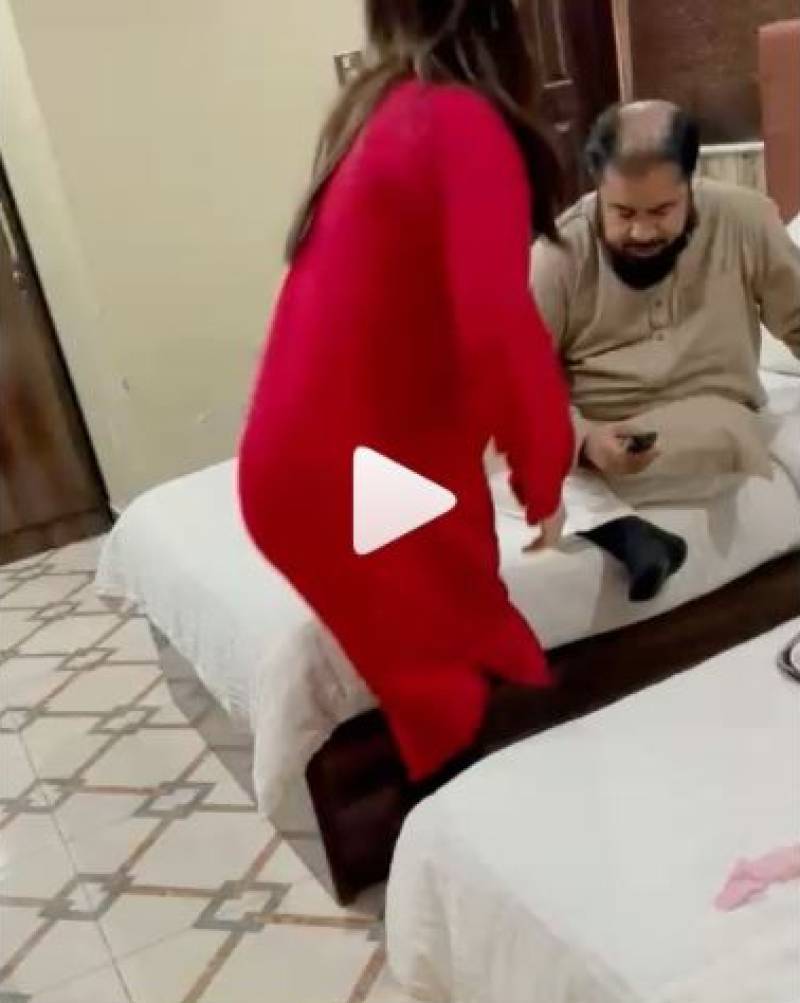 LAHORE – TikTok star Hareem Shah again took the social media by storm after she shared a video of her slapping a controversial religious figure.

Earlier, she had shared videos of her with Mufti Qavi prior to the shoot for her first interview as a show host.

Soon after her video of slapping the cleric went viral on the internet, Hareem told a private TV channel that Mr. Qavi had been misbehaving with her since yesterday, using inappropriate language.

Hareem said that she had no regrets about hitting Abdul Qavi and that the public would decide for themselves whether he deserved it or not.

Mufti Abdul Qavi was also taken on line to give his account, saying that he was hit out of the blue while drinking tea and that the two girls only came for one or two minutes, slapped him and left.

“A snake will remain a snake, no matter how much one tries to befriend it,” he said hitting out at the TikToker.

Shah rose to fame after she amassed over five million followers on Tik Tok. She has recently entered the country's movie industry with her acting debut in an Urduflix web series.