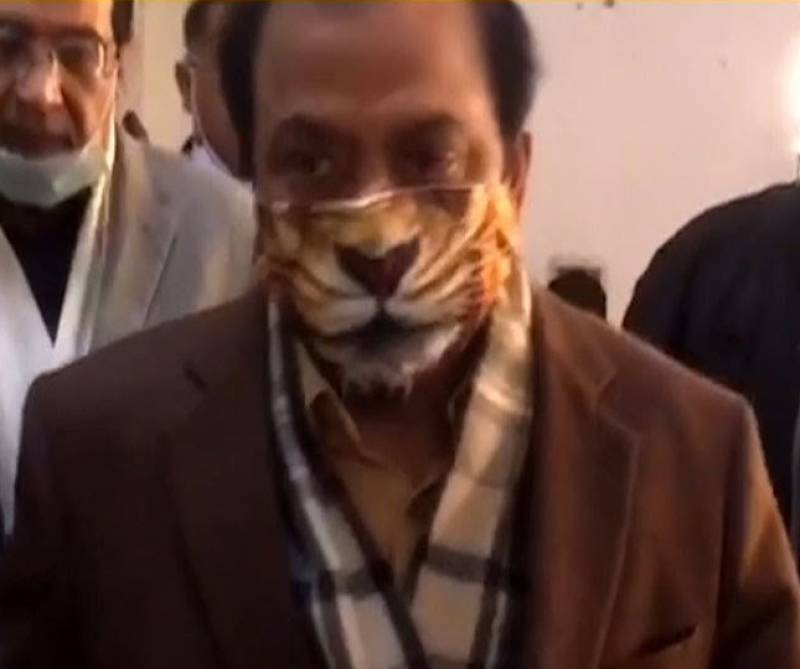 Pakistan Muslim League Nawaz (PML-N) senior politician Rana Sanaullah is back in the limelight as a clip of him wearing a tiger-print mask has gone viral on social media.

The 66-year-old politician was spotted inside an accountability court in Lahore on Friday. He was visiting the court to attend a hearing of Khawaja Asif's assets beyond means case.

The Pakistan Muslim League-Nawaz (PML-N) was seen striding confidently with a tiger-print face mask, which is his party's electoral symbol.

Like @microMAF says the face mask battle is over. Rana Sanaullah is the claws down winner, the champ. https://t.co/4Ilvx4LBpq

The National Accountability Bureau (NAB) had arrested the former foreign minister and the acting leader of the opposition in the National Assembly from the federal capital on December 29 last year.

LAHORE – A special court on Saturday granted one-time exemption from personal appearance to ...