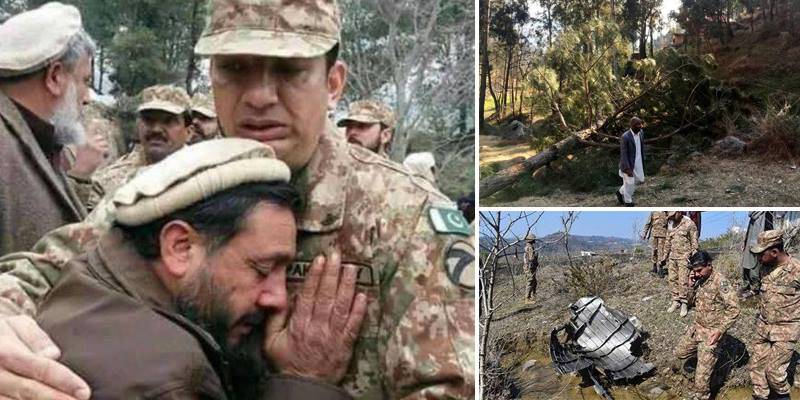 LAHORE – In another cheap attempt to strengthen the claim of killing hundreds of “terrorists” in Balakot, India’s media has come up with a doctored video from Pakistan to save the reputation of neighbouring country’s air force.

On Wednesday, India’s premier news agency ANI cited a US-based activist as claiming that “bodies of more than 200 militants were shifted to Khyber Pakhtunkhwa from Balakot” following the IAF airstrikes.

The video, which has been viewed thousands of times on Twitter, purports to show a Pakistan military officer allegedly admitting to "martyrdom of more than 200 terrorists” during Indian strike on Balakot.

#Pakistan military officer admits to "martyrdom" of more than 200 militants during Indian strike on #Balakot. Calls the terrorists Mujahid who receive special favors/ sustenance from Allah as they fight to support PAK government [against enemies]. Vows to support families pic.twitter.com/yzcCgCEbmu

“Pakistan military officer admits to 'martyrdom' of more than 200 militants during Indian strike on Balakot. Calls the terrorists Mujahid, who receive special favours/sustenance from Allah as they fight to support Pak government [against enemies]. Vows to support families," Senge Hasnan Sering tweeted.

However, it has now been proven that the video is from the funeral of a Pak soldier named Havaldar Abdul Rab from DG Khan, and is carefully cropped in a way that it doesn't show up on most OSINT video/image search tools.

Havaldar Abdul Rab embraced martyrdom after sustaining injuries in Indian shelling along the Line of Control (LoC) at Nakyal sector along with another soldier named Naik Khurram in the first week of March 2019.

India and Pakistan are amidst their biggest stand-off in many years, with the United States and other global powers mediating to de-escalate tensions between arch-foes who have fought three wars since their independence from British colonial rule in 1947.

Since Feb 26 when India violated Pakistan airspace by sending its 12 Mirage-2000 jets to carry out ‘surgical strikes’, New Delhi has failed to provide any credible evidence of destroying “terror camps of Jaish-e-Mohammed (JeM) near the northern Pakistani town of Balakot, about 40 km (25 miles) from India’s border in the Himalayan region of Kashmir.

“If we plan to hit the target, we hit the target,” Indian air chief marshal BS Dhanoa told reporters at a press conference in Coimbatore last week. “If we had dropped bombs in the jungle, then no need for him [Pakistan] to respond.”

Shying away from answering the reporters’ questions like a ‘true soldier’, ACM Dhanoa only said that his force was not in a position to clarify the number of casualties.

“The government will clarify that. We don’t count human casualties,” he said while dismissing accounts refuting India’s version of its airstrikes in Pakistan.

The IAF chief further said he would not comment on an “ongoing operation”, when asked about the aerial combat between Indian fighter jets and Pakistani planes that had crossed the Line of Control (LoC) on February 27, a day after India warplanes dropped their payload on few pine trees while escaping in haste.

An IAF pilot, Wing Commander Abhinandan Varthaman, was also captured on the Pakistani side of the LoC after being shot down in a dogfight with a Pakistani fighter jet.

WASHINGTON – An analysis by the Digital Forensics Lab of a leading US think tank has termed the Indian claimed ...

Though the Indian government, while calling the strike “a success”, has put out no official figure so far, Bharatia Janata Party (BJP) president Amit Shah on Sunday claimed that “250 terrorists have been killed”. On the day of the strikes, a figure of 300 did the rounds but no one gave it on record.

Shah, who was addressing an election rally in Gujarat, said after the February 14 Pulwama attack in which over 40 CRPF men were killed, “everyone thought there could be no surgical strikes”. “But under (Prime Minister Narendra) Modi’s leadership, the government carried out an air strike and killed more than 250 terrorists,” the BJP chief claimed.

The images produced by Planet Labs, a San Francisco-based private satellite operator has shown at least six buildings on the site six days after the airstrike.

The image is virtually unchanged from an April 2018 satellite photo of the facility.

Still, Indian media claim to have seen a monochrome high resolution photo of the site struck by Indian planes but says "it is still not clear if the government will release satellite images of the Balakot attack or intends to provide further proof on the number of terrorists who have been eliminated".