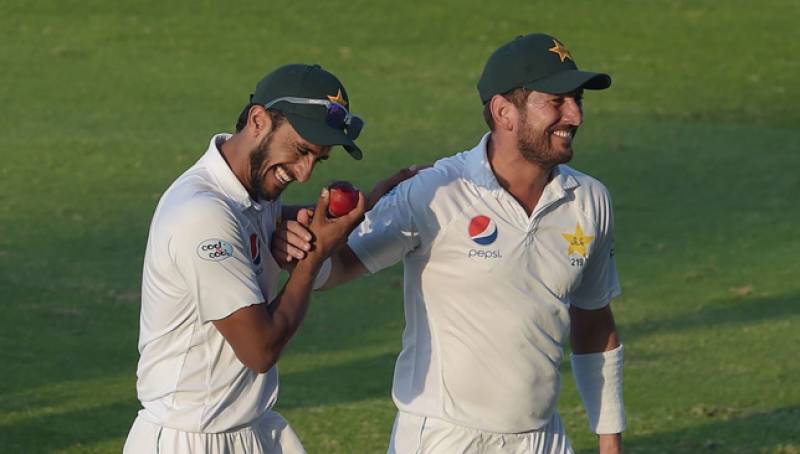 KARACHI – Peshawar Zalmi management has rebuked its players Hasan Ali and Yasir Shah after a video of their vulgar act during practice session went viral.

Zalmi’s Director Cricket Muhammad Akram said that both cricketers have been realized of their responsibilities, adding that Ali and Shah expressed sorry over what they have done.

They also assured the management of not involving such acts in the future and now wanted to focus on their game.

Akram said that these kind of vulgar acts are not acceptable in the society. However, he did not explained what kind of punishment was awarded to the players.