Anger in IIOJK against sacrilegious act of RSS-BJP's pawn 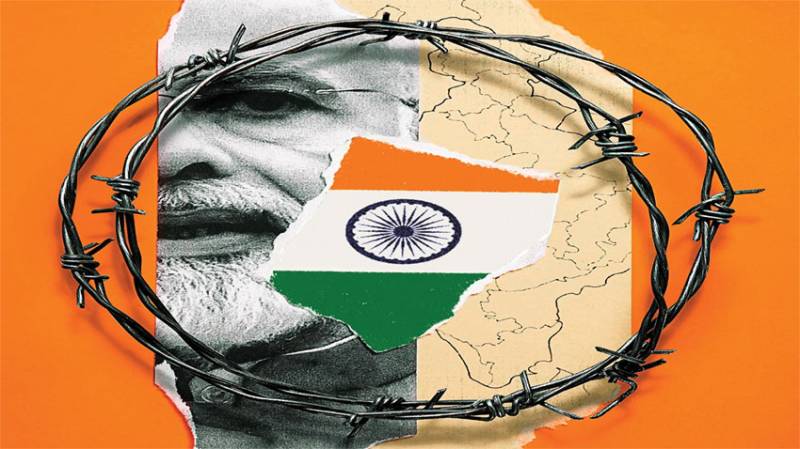 The Narendra Modi-led Indian government has directed the heads of all government schools in the illegally occupied Jammu and Kashmir to install signboards with the Indian flag in the background.

According to Kashmir Media Service, the schools have been given time until April 30 to implement the orders. They have also been asked to give details of the progress on these activities on a weekly basis.

Indian Illegally Occupied Jammu and Kashmir had its own constitution, flag and penal code, which were scrapped when its special status was repealed by Narendra Modi-led fascist government on August 05, 2019.

On the other hand, severe anger and resentment has spread all across the occupied territory against the RSS and BJP for filing a petition in the Supreme Court of India against the Holy Quran through one of their pawns, Waseem Rizvi.

Scores of people held demonstrations at Srinagar’s press colony and in other areas of the occupied territory against the sacrilegious act. They demanded hanging of Rizvi till death for hurting the sentiments of the Muslim Ummah.

The police arrested the youth during house raids and labeled them as over-ground workers of a mujahid organization.

The Indian troops launched cordon and search operation in Baramulla and Shopore districts.