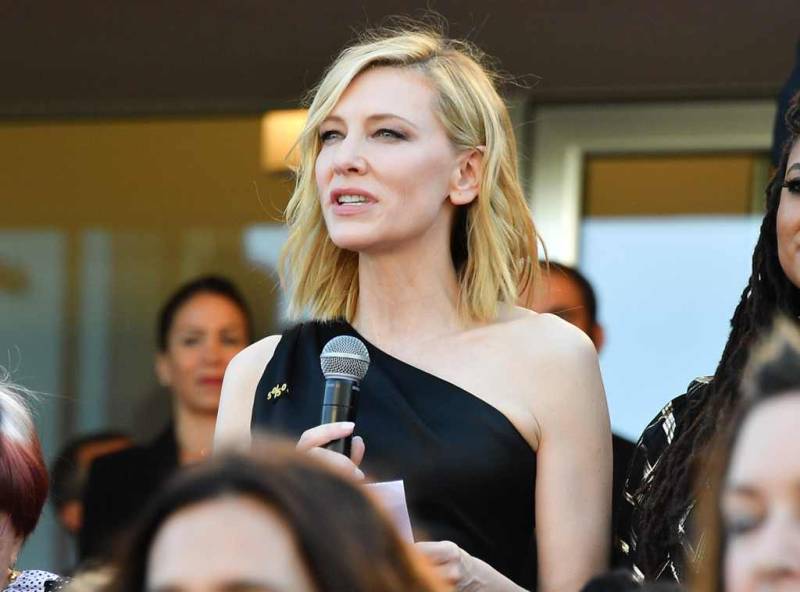 Jury head for the 71st Annual Cannes Film Festival, Cate Blanchett headed a revolutionary women's march on the stairs of the Palais des Festivals in order to make the female voice heard on gender inequity within the film festival. She was accompanied by Kristen Stewart, Ava DuVernay, Salma Hayek, Patty Jenkins among others.

When Eva Husson's Girls Of The Sun was screened on Saturday, Blanchett along with 81 women took to the red carpet in an attempt to represent each of the 82 films by women that have ever been nominated for the festival in comparison to the 1,645 films directed by men.

As per a report by The Hollywood Reporter, Blanchett also gave a powerful speech at the incident,

"The prestigious Palme d’Or has been bestowed upon 71 male directors - too numerous to mention by name—but only two women—Jane Campion [director of The Piano], who is with us in spirit, and Agnès Varda who stands with us today."

The two also added some powerful words of solidarity, "We will expect our institutions to actively provide parity and transparency in their executive bodies and safe environments in which to work. We will expect our governments to make sure that the laws of equal pay for equal work are upheld. We will demand that our workplaces are diverse and equitable so that they can best reflect the world in which we actually live. A world that allows all of us behind and in front of the camera to thrive shoulder to shoulder with our male colleagues. We acknowledge all of the women and men who are standing for change. The stairs of our industry must be accessible to all. Let’s climb."