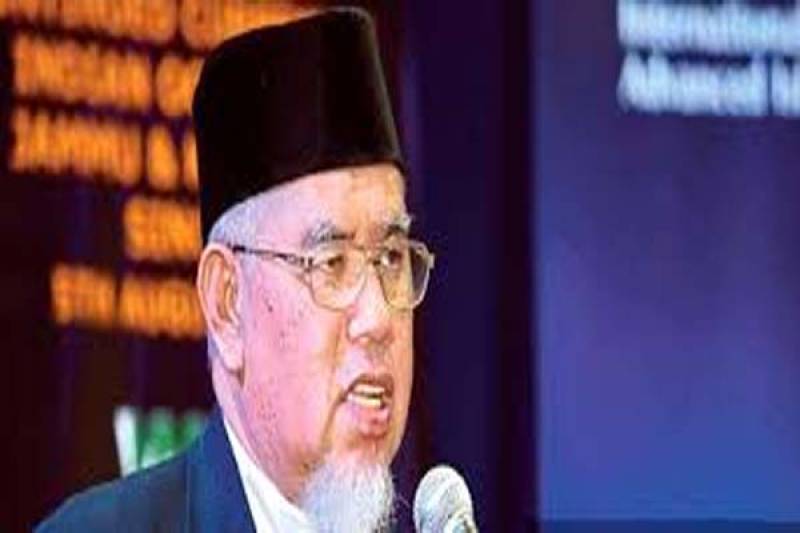 LONDON - Mohd Azmi Abdul Hamid, President Malaysian Consultative Council of Islamic Organizations ( MAPIM) expressing his deep concern on the current blackout of the internet in India Occupied Kashmir (IOK) and gross violations of human rights by the Indian authorities called upon the United Nations (UN) to play its vital role for the implementation of the right of self-determination to the people of the occupied valley.

In a statement released by the Pakistan High Commission London on Wednesday, President MAPIM said: “We are registering our deep concern on the current blackout of the internet in India Occupied Kashmir by the Indian authorities”.

“We call the UN to do more than just a narrative of events on India’s shutdown of the internet in India Occupied Kashmir. It is deplorable to know while the special status of Jammu Kashmir has been revoked, now India wants to isolate Kashmiris from the world”, he remarked.

This, he said was indeed against Article 25 of the Universal Declaration of Human Rights ( UDHR ). India has also gone to the extreme on its clampdown on the press and hunting down journalists to curtail press freedom on the issue of the rights of Kashmiris.

Mohd Azmi Abdul Hamid further condemned that India was also using the Covid-19 outbreak to intensify its lockdown on the IOK. “This is nothing more than another annexation plan to take in Kashmir forcibly into the grip of India”, he remarked.

territory. The vital information flow amid the outbreak is crucial for the authorities and the people to abreast the situation

He added that the cutting off digital access would hamper the many essential needs of the people in health, economic and

He said that the Health professionals, school teachers, and university students need to have access to an internet connection.

to comply with the UDHR. The UN should not only issue statements of concern but must prevail upon India to stop the digital oppression”, he demanded.

He emphasized clearly that India’s unilateral action on IOK was intended not to overcome the COVID pandemic but to tighten the security and to deny the freedom of the 8 million Kashmiris in IOK. “We demand the restoration of the internet connection in IOK and the immediate release of all journalists under detention by the Indian authorities”, Mohd Azmi Abdul Hamid said.