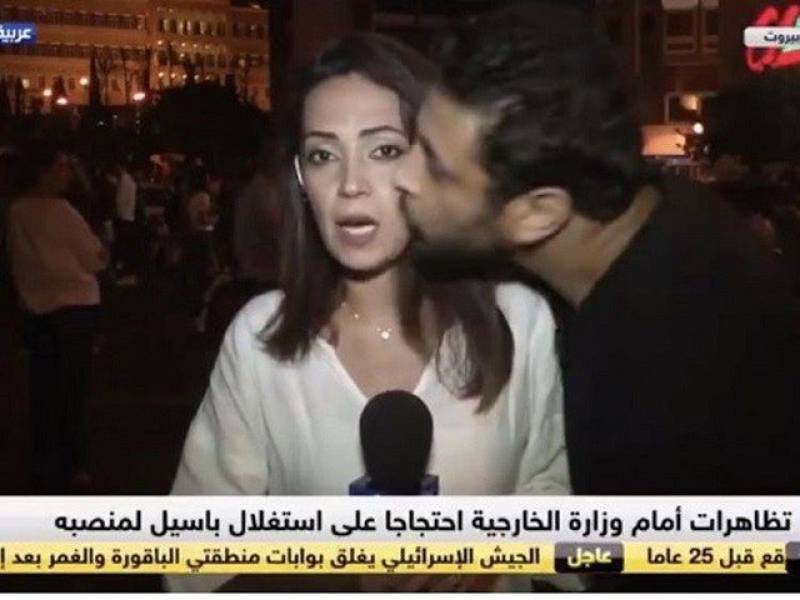 BEIRUT - A video of a Lebanese protestor kissing Sky News Arabia’s anchor surprisingly while she was live on air went viral online and triggered a debate on social media.

Lebanese TV anchor Darine El Helwe was on a live broadcast with UAE-based Sky News Arabia from Riad Soloh Square when a male protestor kissed her on her cheek.

In the video, Al Helwe was being kissed by a protestor and she can be seen froze for a few seconds nervously laughing and then collecting herself before she resumed reporting.

The shared footage triggered debate online between social media users, activists and journalists, who were divided on the incident. Some considered it cute and funny while others said it was inappropriate and a form of harassment.

Famous TV host Neshan shared the video on his twitter and commented ‘revolutionist’s kiss’. Lebanese have been protesting since October 17 demanding an overhaul of the country’s ruling elite widely considered as corrupt.

While the protesters have serious demands, it hasn’t stopped many from enjoying their time whilst demonstrating.