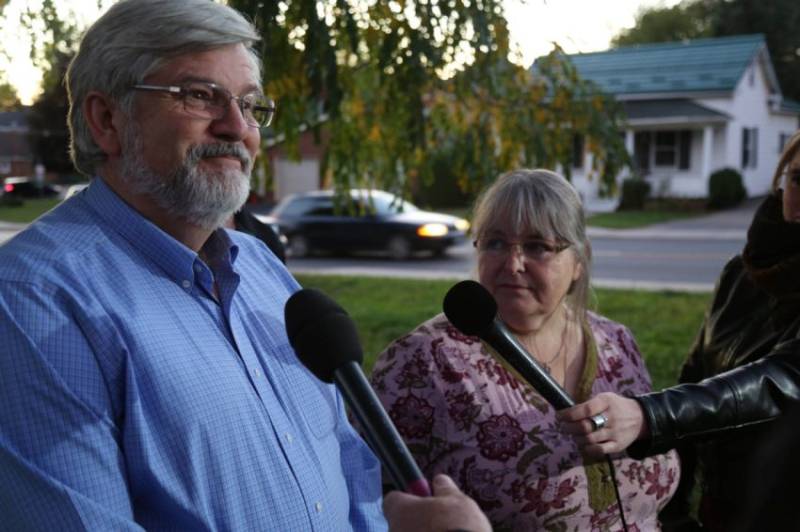 TORONTO - The parents of Canadian national Joshua Boyle lauded Pak Army soldiers for their rescue operation that led to the recovery of their son, who had been held hostage by Taliban in 2012.

In a short video message, shortly after the recovery of Boyle's family on Thursday, Linda and Patrick Boyle expressed that they were delighted to hear the news of Boyle's rescue after a joint operation.

'Today we would like to thank the American and Afghan governments as well as our Canadian team," Patrick Boyle said.

"Most importantly this morning we relayed to the high commissioner of Pakistan here in Canada our profound thanks for the courageous Pakistani soldiers who risked their lives and got all five of ours out in a rescue," added Patrick Boyle.

He expressed that they were expecting Boyle and his family shortly in Canada.

Not only the parents of Boyle thanked Pakistan Army but US President Donald Trump also lavished praise on Pakistan for the safe recovery of Boyle, his American wife Caitlan Coleman and three of their children.

The media wing of Pakistan Army announced on Thursday that they rescued five foreigners held captive by Taliban some five years back.

In the 2016 YouTube video, Coleman refers to “the Kafkaesque nightmare in which we find ourselves”, and urges “governments on both sides” to reach a deal for their freedom. She then adds: “My children have seen their mother defiled.”