Every Pakistani can serve in Army irrespective of religion, ISPR chief responds to Capt Safdar's tirade 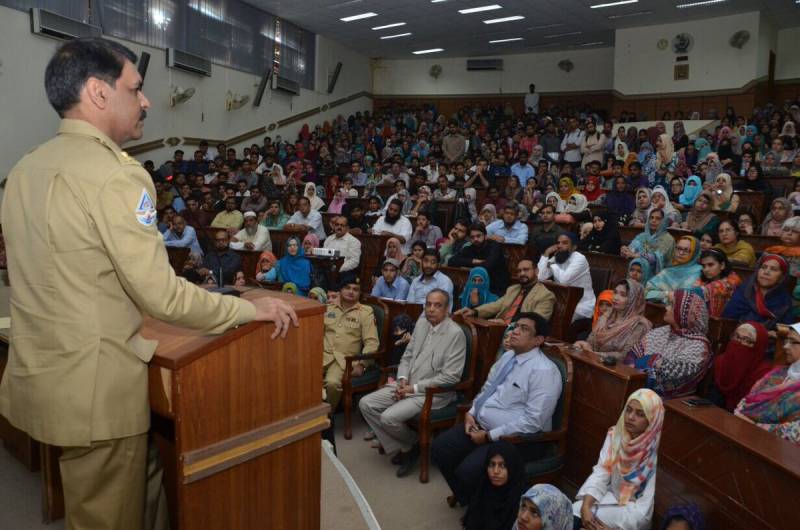 KARACHI - In an apparent rejoinder to the anti-Ahmadi speech of former premier's son-in-law Captain (r) Safdar, the director general of the Inter-Services Public Relations (ISPR), Asif Ghafoor said that every Pakistani irrespective of religion could serve in the army as it was a national institution.

Expressing his views during an interview to a private television channel on Thursday, Asif Ghafoor said that he was aware of Captain Safdar's demand made on the floor of the house, a few days back.

“Right now, we have Christians, Sikhs and Ahmadis [in the army]. So if someone says ban them... Well, I would say that there is a lawmaking body. And if it brings any such law then this point should be discussed,” he responded.

He maintained that Pakistan Army was a national army and it was not true that the army can be joined only by Muslims because we are a Muslim country.

"We proudly say that the army is an institution, which is the best example of national integration," he added.

The ISPR head continued that there was no space for bias on the grounds of religion, ethnicity and sects clarifying that there were a number of non-Muslims currently serving in the armed forces.

Elaborating on the army’s recruitment process for Muslims, Maj Gen Ghafoor noted that every Muslim officer recruited in the army files a certificate declaring that he’s not an Ahmadi and believes in Khatm-i-Nubuwwat.

"Capt Safdar might have forgotten, but he too gave that undertaking when he joined the army," ISPR chief said.