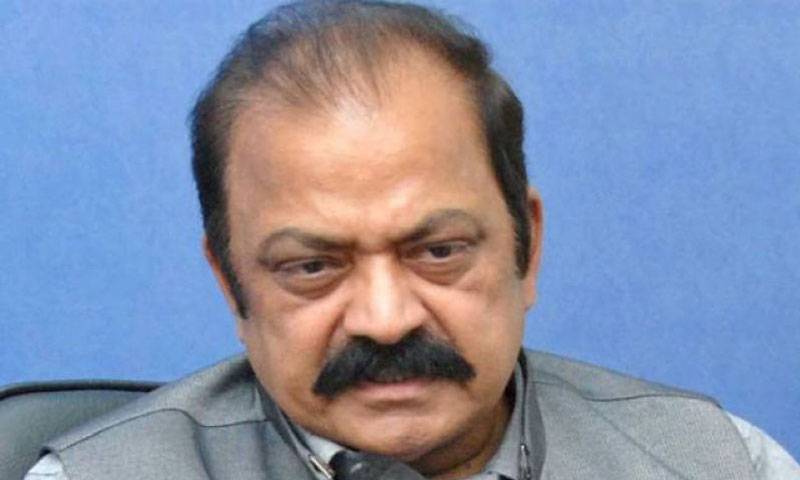 PESHAWAR - A provincial lawmaker of Pakistan Tehreek-e-Insaf (PTI) has slammed PML-N's Punjab Law Minister Rana Sanaullah for giving a pro-Ahmadi statement in the backdrop of Captain (retd) Safdar's diatribe against the community.

Khyber-Pakhtunkhwa Information Minister Shah Farman during a press conference on Thursday said that the PML-N used to accuse PTI of being agent of Jewish lobby and now its own legislator was calling members of Ahmadi community "brothers".

"Protecting Pakistan on all fronts including physical, ideological and religious is part of the manifesto followed by the PTI," he said.

He added that these people [Ahmadis] are not Muslim as it has been defined in the Constitution of Pakistan.

Express Tribune quoted Farman as saying, “Sanaullah has violated the 1973 Constitution, which has declared Ahmadi community as non-Muslims”.

He said that JUI-F and PML-N are hurting the majority of the country just to please the minority, the minister lamented.

Regarding amendment to Election Bill for aiding Nawaz Sharif, he reiterated that PTI will oppose any such amendment in which disqualified persons have been enabled to take part in election and holding office in party.

On Oct 10, Captain (r) Safdar Awan, the son-in-law of deposed PM Nawaz Sharif, had demanded strict actions against Ahmadis who are declared as non-Muslims in the constitution of Pakistan.

Addressing the National Assembly on Tuesday, the PML-N leader called for a complete curb on Ahmadis in government, army and private employment.

He also demanded to rename the Professor Abdus Salam Center for Physics, saying "Dr. Abdus Salam was a non-Muslim, and the Constitution of Pakistan declares him a non-Muslim and we don't want any department to be affiliated with the name of any such person.”

These comment were criticised by the liberal segment of the society as the PPP chairman Bilawal Bhutto Zardari also slammed the PML-N for spreading hatred and extremism.

Later, Punjab Law Minister Rana Sanaullah during an interview on TV said where he said “Ahmadis (also) act upon ‘Namaz’ (prayer) and ‘Roza’ (fast); they go to mosques and recite Azan, but there is difference with Ahmadis on the Khatm-e-Nubuwwat issue,” Pakistan Today reported .

The media outlet added Sanaullah as saying, “According to Ulema, the Ahmadis cannot say their prayers, recite Azan and construct their mosques. But there are several complexities. The matter should be discussed at certain level.”

However, the law minister clarified that he never called “Qadianis” as Muslims.