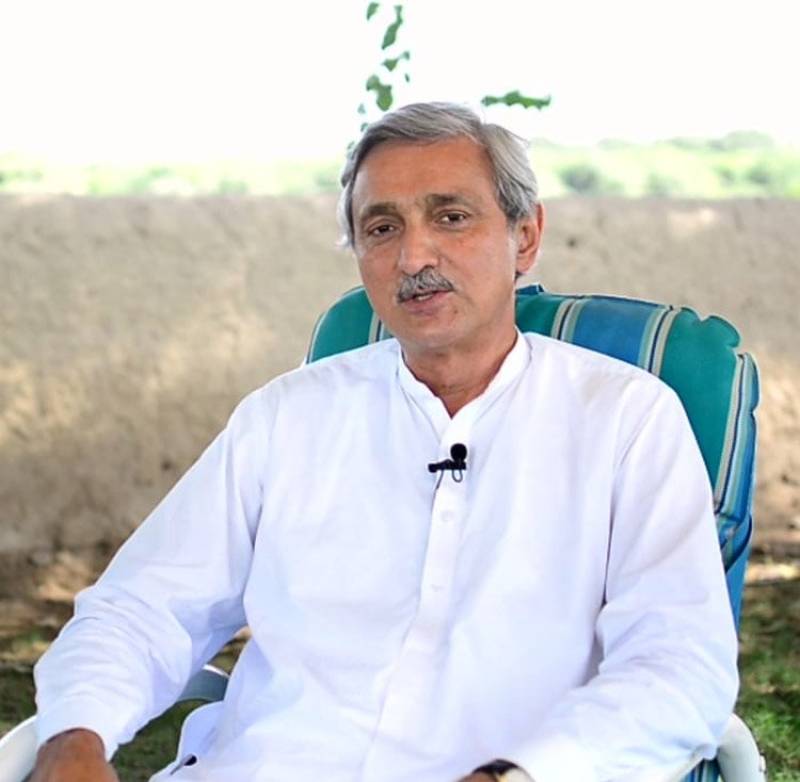 LAHORE - More than 30 bank accounts belonging to PTI leader Jahangir Khan Tareen and his family have been frozen as the Federal Investigation Agency (FIA) is investigating the sugar crisis that hit the country last year causing massive surge in price of the commodity.

The 36 accounts with nine government and private banks have been seized at the request of the FIA in connection with alleged involvement of Tareen-owned JDW group in money laundering and fraud.

Of the bank accounts, four are US dollar accounts, two are British pound accounts and 30 are Pakistani rupee accounts, Geo News reported.

Out of total 36 accounts, 21 are operated by Jahangir’s son Ali Tareen, 14 by the PTI leader himself and remaining own belong to his wife Amina Tareen.

Earlier today, Jahangir Tareen appeared before an investigation team of the FIA, probing the allegations of money laundering and others against him.

He was questioned for more than one hour.

According to the notice issued to the business tycoon, FIA accuses Ali Tareen and his father of committing fraud with the shareholders. It also directed Ali Tareen to answer five of the agency’s questions.

Among these, Ali Tareen has been asked why the JKFSL sugar business was sold off; was the sale of the sugarcane business advertised; how many potential buyers contacted the company and how much did they bid?

FIA has also asked for documents showing how the sale of sugarcane business was valued at Rs 4.35 billion. Moreover, Ali Tareen has been asked to provide money trail of where JKFSL spent the Rs 4.35 billion.

LAHORE – Jahangir Tareen Wednesday shot down rumors of leaving Pakistan Tehreek-e-Insaf (PTI) as his loyalty to ...