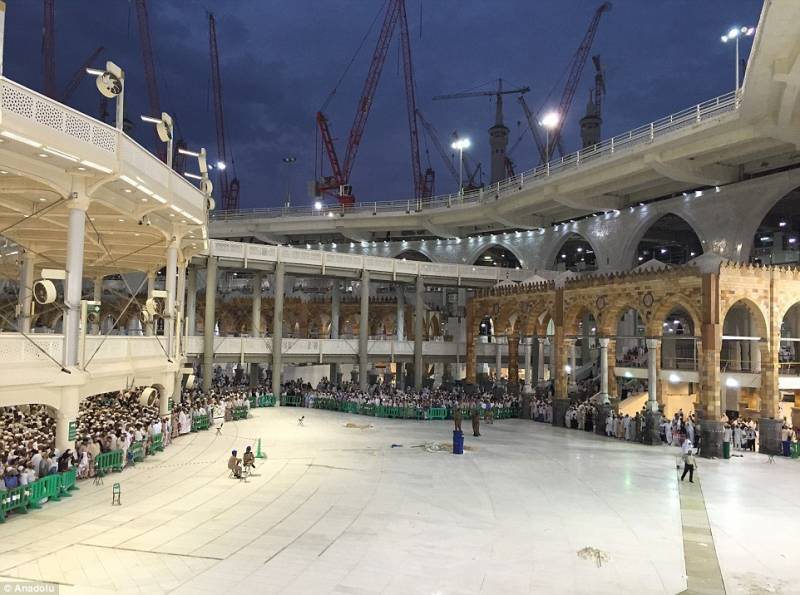 RIYADH (Web Desk) - As Saudi Arabian officials have confirmed the death of as many as 107 pilgrims in Makkah crane collapse tragedy, an engineer associated with company involved in construction of the Grand Mosque has claimed that there was no technical mistake behind the accident.

The unnamed engineer associated with Bin Laden Group, which was founded by deceased father of former Al-Qaeda chief Osama bin Laden, further said "it was an act of God'. The cranes were installed in a very professional way at Grand Mosque, he added while asking for a thorough inquiry into the tragedy.

Meanwhile Saudi Arabia’s King Salman announced the results of an investigation into why a crane collapsed in the Muslim holy city of Makkah will be made public.

Earlier on Friday night a crane crashed into the Grand Mosque as it was full of pilgrims claiming lives of as many as 107 people and leaving hundreds other injured.

According to Pakistani authorities at least 52 Pakistani pilgrims were also among those injured while they confirmed deaths of other six Pakistani nationals.