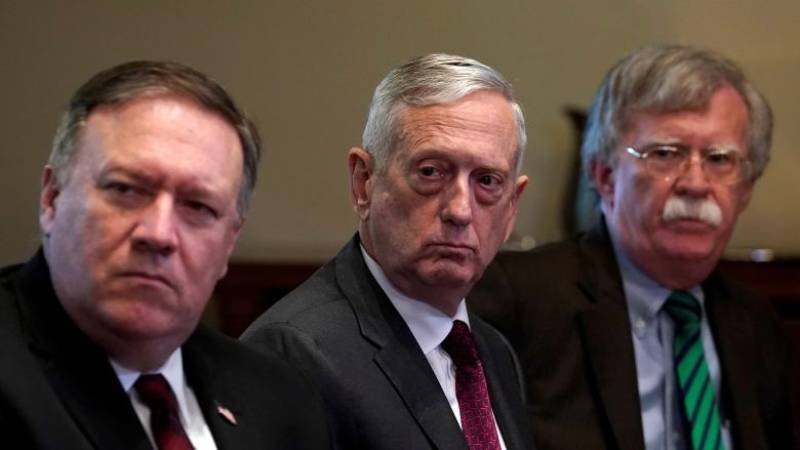 WASHINGTON - The Trump administration has bolstered the position of Saudi Arabia in the Yemen war, declaring that the oil-rich kingdom was doing enough to protect civilians in their military campaign in Yemen.

The comments by Washington come at a time when the United Nations describes the situation in Yemen as the world’s worst humanitarian crisis.

Besides Saudi Arabia, the United States has also highlighted that the United Arab Emirates was also doing enough to protect civilians in war-torn Yemen.

Secretary of State Mike Pompeo said in a statement on Wednesday that he had certified to Congress the Saudis and Emiratis “are undertaking demonstrable actions to reduce the risk of harm to civilians and civilian infrastructure.”; Congress had required the certification to maintain deliveries of weapons and other support to the coalition that has been under fire ever since the start of the chaos.

HODEIDAH (Yemen) - Dozens of people have reportedly been killed in clashes and air raids around the Yemeni city of ...

Ending the war is “a national security priority” for the administration, he elaborated.

Pompeo said the the US will continue to work closely with the Saudi-led coalition to ensure Saudi Arabia and the UAE maintain support for UN-led efforts to end the civil war in Yemen, allow unimpeded access for the delivery of commercial and humanitarian support through as many avenues as possible, and undertake actions that mitigate the impact of the conflict on civilians and civilian infrastructure.

Moreover, Defence Secretary Jim Mattis said he endorsed and 'fully' backed Pompeo’s certification, affirming that Saudi Arabia and the UAE were 'making every effort' to reduce the risk of civilian casualties and collateral damage.

'US was working with a UN special envoy to achieve a negotiated end to this fighting,' said Mettis.

Earlier last month, the defence secretary said that the US intended to keep backing the coalition despite civilian casualties and questions about the Saudis’ commitment to avoiding killing innocent people.

Hours after the certification, Human rights groups and aid organisations condemned the move.

Oxfam, a confederation of 20 independent charitable organizations, said in a statement that the administration 'is doubling down on its failed policy of literally fueling the world’s largest humanitarian crisis.'

“The Trump ad­­m­inistration is openly defying and lying to Con­gress. Members of Congress must act to end the United States’ complicity in this war,” said the organisation.

The succour allows Washington to continue to support the Saudi-led coalition in its operations agai­nst Iranian-backed 'rebels' that have been denounced by human rights groups and some US lawmakers.