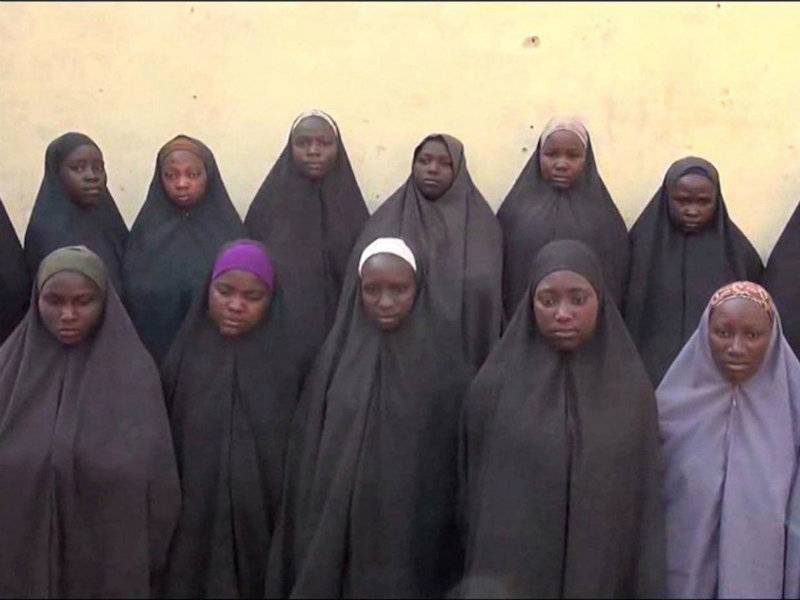 ABUJA (Web Desk) - A video released by Nigerian Islamist group Boko Haram appears to show some of the schoolgirls kidnapped two years ago from the town of Chibok, African media reported on Thursday.

The video, apparently filmed in December, was sent to the Nigerian government and shows 15 girls in black robes identifying themselves as pupils abducted from the school.

Some of those filmed have been identified by their parents.

It is the first footage of the girls to be seen since May 2014.

The kidnapping of the 276 girls triggered the global social media campaign #BringBackOurGirls, involving US first lady Michelle Obama and a host of celebrities.

Meanwhile, hundreds of parents are due to hold a march in the Nigerian capital, Abuja, to demand the government does more to find their daughters.

They blame the previous government for doing nothing when the abduction took place and now the current administration for failing to devote enough resources to the search.

Boko Haram militants attacked the government boarding school in Borno state on 14 April 2014, seizing the girls who had gone there to take exams.

Shortly afterwards they released a video of them and demanded a prisoner exchange.

Boko Haram's leader, Abubakar Shekau, said the girls had converted to Islam and he threatened to force them into marriage with his fighters or sell them into slavery.

As the months passed, about 57 students managed to escape but at least 219 are still missing.