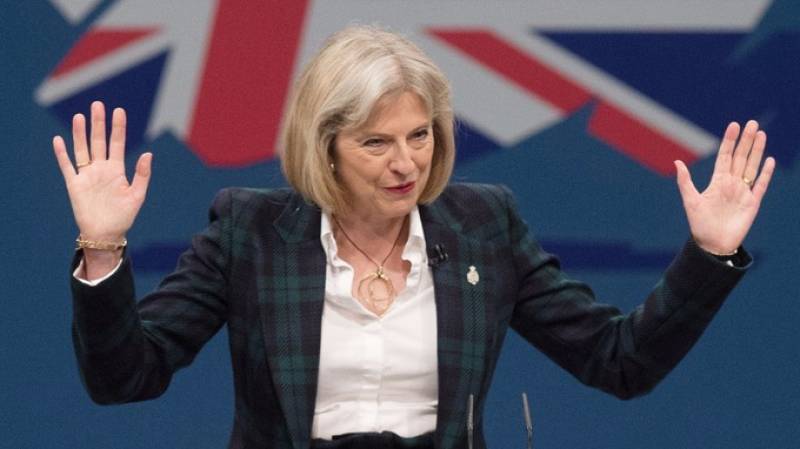 LONDON - The British Prime Minister Theresa May fully advocated her country's action to join the US and French forces in a strike on Syrian capital Damascus on Friday, terming the operation right and legal.

In a briefing at Downing Street on Saturday morning, May said she would have preferred an alternative path, instead of punitive strikes but that there was none available.

"The UK operated together with our closest allies to alleviate further humanitarian suffering by degrading the Syrian regime's chemical weapons capability," asserted the premier.

DAMASCUS - In what appears to be a harbinger of more tension in war-ravaged Syria, the United States, Britain and ...

The 61-year-old politician expressed that Syrian regime had continued to use chemical weapons and will continue to do so affirming that 'this must be stopped.'

Mentioning that chemical weapons had been used too often in recent times, May stressed that none of the opposition forces used helicopters or barrel bombs and that Islamic State did not operate in the region.

The British leader detailed that a storage facility, military bunker and a chemical weapons research facility were targeted in the strikes carried out at 4:00 am (0100 GMT).

May said that the purpose of the strike was to 'degrade and deter' the Syrian regime in its use of chemical weapons. She also cited other attacks by the Assad regime against its own people in June last year where 100 people were killed and more than 500 were injured.

Theresa May termed Bashar al-Assad’s use of chemical weapons as a 'persistent pattern of behaviour', adding that the British government judged it highly likely that the Syrian regime has continued to use chemical weapons since [the attack last June], and this must be stopped.

“I believe it should also be a message to others that the international community is not going to stand by and allow chemical weapons to be used with impunity.” she asserted.

Let it be known that the United States, Britain and France carried out a wave of strikes against Bashar al-Assad’s regime on Friday in Syrian capital, drawing the ire of Russia.

The strikes were launched in response to alleged chemical weapons attacks that President Donald Trump labelled as “crimes of a monster” and  US Defence officials have said that both US ships and aircraft were used in the strikes.

The Syrian Observatory for Human Rights said a scientific research centre and military bases in Damascus were targeted, as were the Syrian army’s Republican Guard and 4th Division, elite units of the Syrian military.

Besides Trump, French President Emanual Macron said in a  statement that they also could not tolerate the normalisation of the use of chemical weapons.