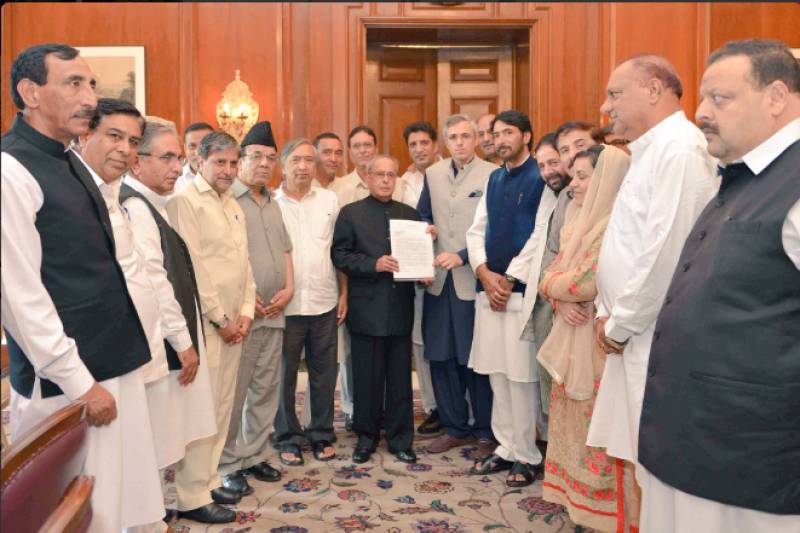 Jammu and Kashmir Opposition leaders, led by the former Chief Minister, Omar Abdullah, on Saturday called on President Pranab Mukherjee and requested him to urge upon the Central government to find a solution to the present Kashmir crisis politically than administratively.

“The failure of the Central government to acknowledge that the issue in Kashmir is largely of a political nature has worsened the already volatile situation,” Mr. Abdullah told newsmen after an hour-long meeting with Mukherjee.

Mr. Abdullah warned that a “continued delay to engage with the people of the State through a comprehensive and sustained political initiative will further deepen the sense of alienation in the Valley and cast a shadow of uncertainty on its future generation”.

He said the delegation also requested the President to use his “influence” on the State as well as the Centre “to stop the use of lethal force against civilians in the Valley“.

Omar took to Twitter to reveal the details regarding the deliberations with the President.