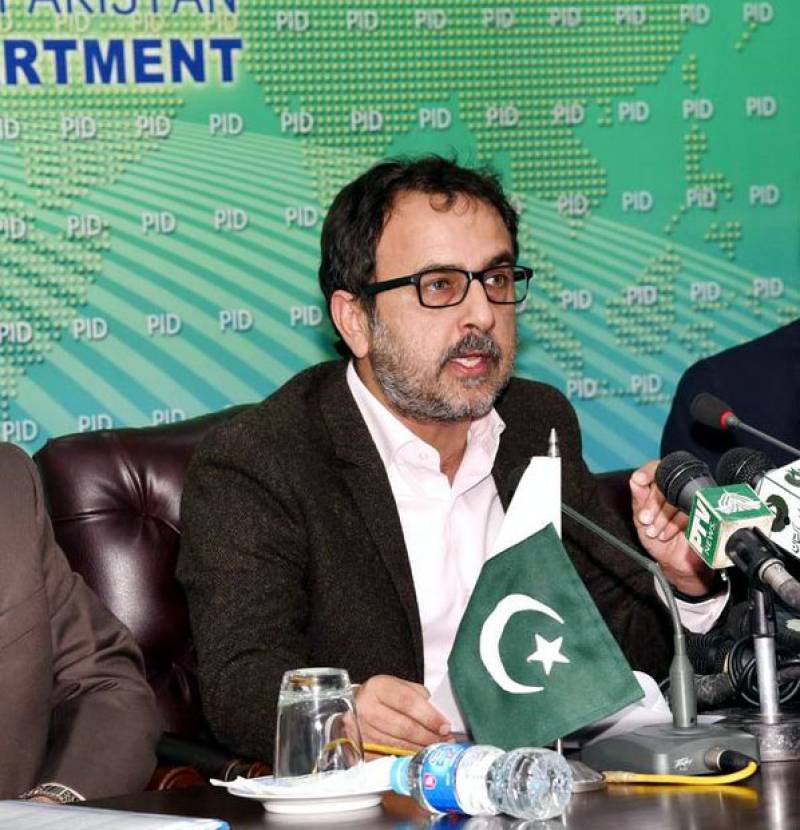 ISLAMABAD - Minister for Power Sardar Awais Khan Leghari announced on Friday that ruling Pakistan Muslim League-Nawaz would include a plan of Bahawalpur and South Punjab province in its manifesto for upcoming general elections.

Addressing a press conference, Leghari - who is himself a strong voice of South Punjab -  said some of their colleagues from South Punjab resigned as lawmakers, adding that the PML-N would handle this sudden political stunt in a positive manner.

'PML-N has always dreamt of development in South Punjab,' declared the minister.

ISLAMABAD - In another devastating blow to the embattled Pakistan Muslim League Nawaz, as many as 8 legislators ...

Leghari claimed that his party not only passed resolutions pertaining to South Punjab but Bahawalpur as well, affirming that projects related to every sector including health, education, communications and irrigation were being completed in Southern Punjab.

The minister said that 37 percent of Punjab budget was spent on development projects in southern parts of the province.

He further said that Chief Minister Shehbaz Sharif had stayed in South Punjab during devastation caused by massive floods in 2010.

The announcement comes on the heels of resignation by eight PML-N legislators hailing from South Punjab who parted ways with the party on Monday.

The defectors announced to launch a mass movement for making southern Punjab a separate province on the pretext that the region was being ignored by the leaders sitting in Lahore.

Addressing a press conference along with his fellows, one of the defectors, Khusro Bakhtiar expressed that there was a need for new provinces to decentralise power and authority.

Bakhtiar, who hails from Rahim Yar Khan and had won the 2013 elections from NA-194, mentioned that the aim of the group was to create South Punjab province and the new Mahaz would be headed by Balkh Shair Mazari.