At least 3 killed in plane-helicopter collision near Mount Everest 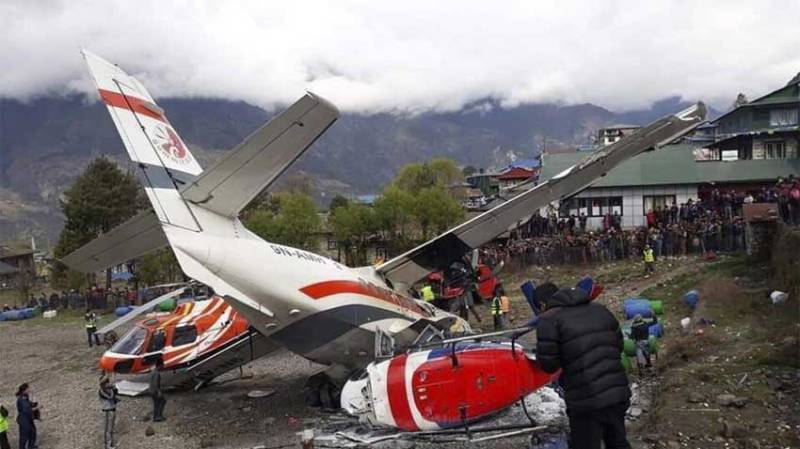 KATHMANDU – At least three people were killed and several others got injured after an aircraft collided with a helicopter at Lukla Airport on Sunday.

According to media reports, the incident occurred when a small passenger plane skidded off the runaway and rammed into a parked helicopter during takeoff at the Lukla airport.

The co-pilot and a policeman died at the crash site, while another police officer died in a hospital in Kathmandu, whereas four passengers on board the plane remained unhurt.

The police teams reached the incident scene and coordinated efforts to avoid fire at the airport.

The Airport at Lukla is often referred to as the world's most dangerous because of the short runway and difficult approach.