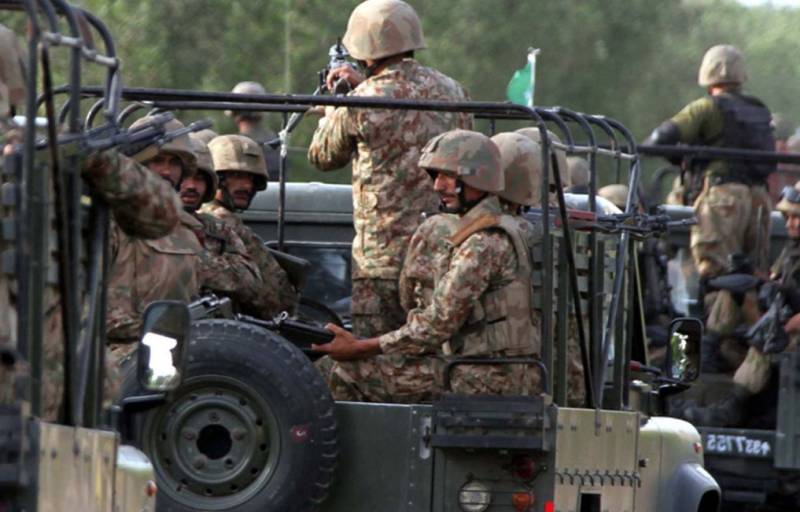 RAWALPINDI – A Pakistan Army soldier embraced martyrdom during an exchange of fire between security forces and terrorists in North Waziristan district, the military in a statement on Thursday.

During the intense exchange of fire, Sepoy Asmatullah Khan, a 28-year-old troop who hailed from Mianwali, embraced martyrdom after having fought gallantly.

A clearance operation is being carried out in the area to eliminate any other terrorists found in the area, ISPR said.

Pakistan Army is determined to eliminate the menace of terrorism and such sacrifices of our brave soldiers further strengthen our resolve.

RAWALPINDI – A Pakistan Army major and a soldier were martyred during an exchange of fire between the security ...

The recent event comes days after a Pakistan Army major and a soldier were martyred during an exchange of fire between the security forces and terrorists in the South Waziristan District.