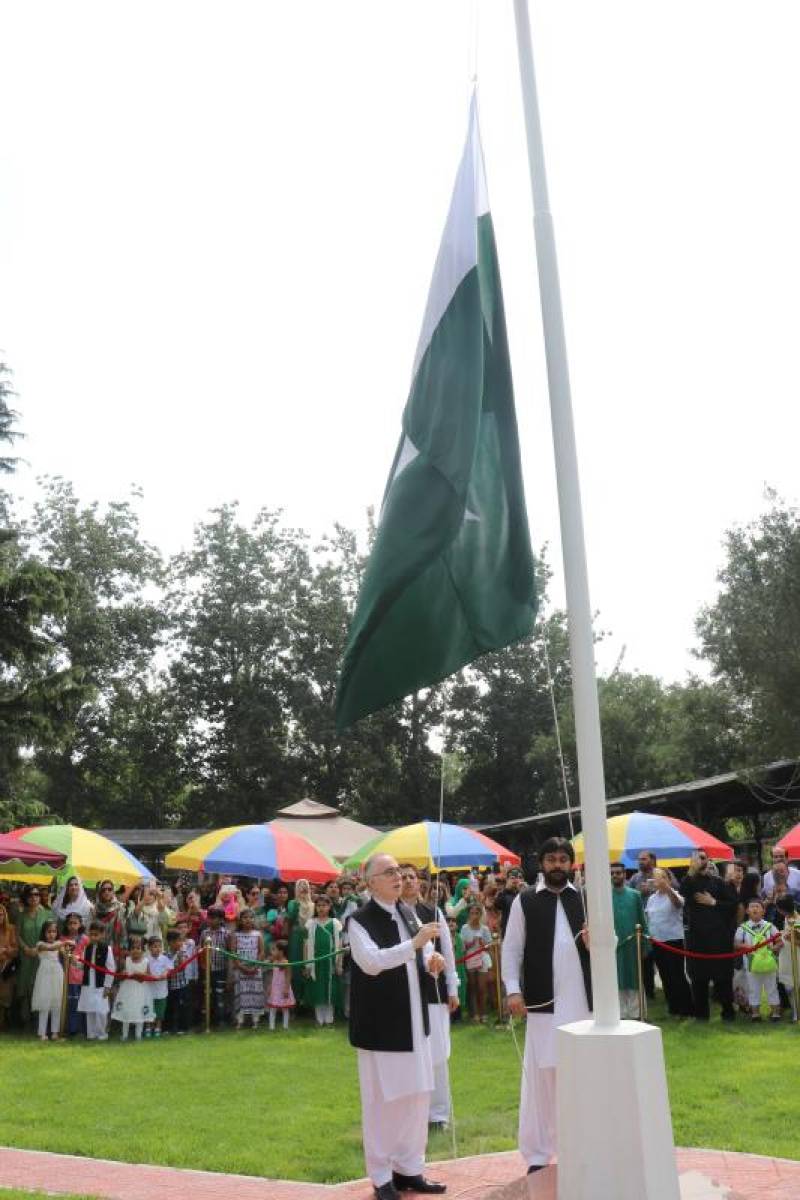 BEIJING - The national flag of Pakistan was unfurled at Pakistan's Embassy in Beijing during an impressive ceremony held on Monday to celebrate Independence Day of Pakistan.

The event showcased patriotic zeal, wherein founding fathers and martyrs of the nation were remembered who had given sacrifices to secure independence from foreign rule.

The event began with the recitation of verses from the Holy Quran. Ambassador then raised the National flag to the mesmerising tone of the national anthem. Ambassador also read out the messages of the President and Prime Minister of Pakistan. 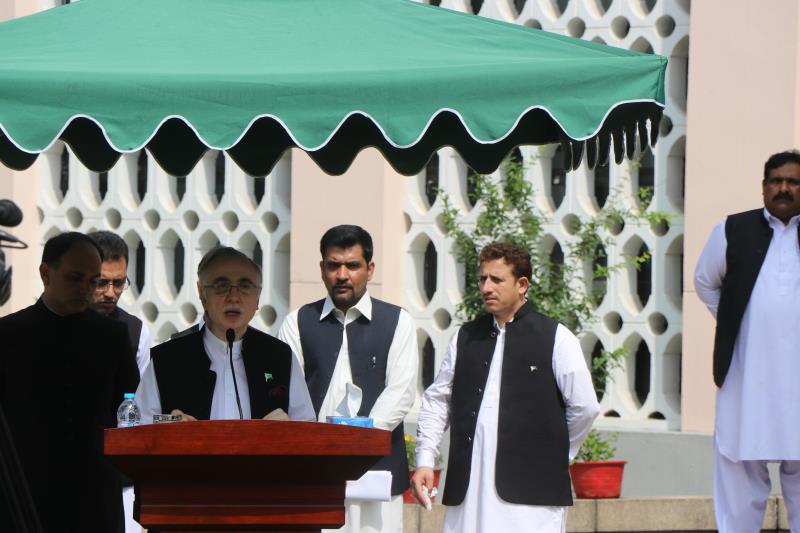 The President in his message said, “We need to reiterate our strong resolve to always uphold the values of determination and dedication for the objective of development of Pakistan”.

Prime Minister Shahid Khaqan Abbasi in his message urged the nation to remember sacrifices of the martyrs as “Millions of Muslims rendered sacrifices for our as well as the future of the posterity. Today we are treading the path of prosperity and progress in a peaceful and dignified country because of those sacrifices. We may belong to different tribes, fraternities and ethnicities; we may be working in different spheres of national life; our political vision and thinking can be different and our economic vision may have different perspectives but ascendency of national interests and invincible defense are common objectives of the entire nation, for which we have to make collective endeavours”. 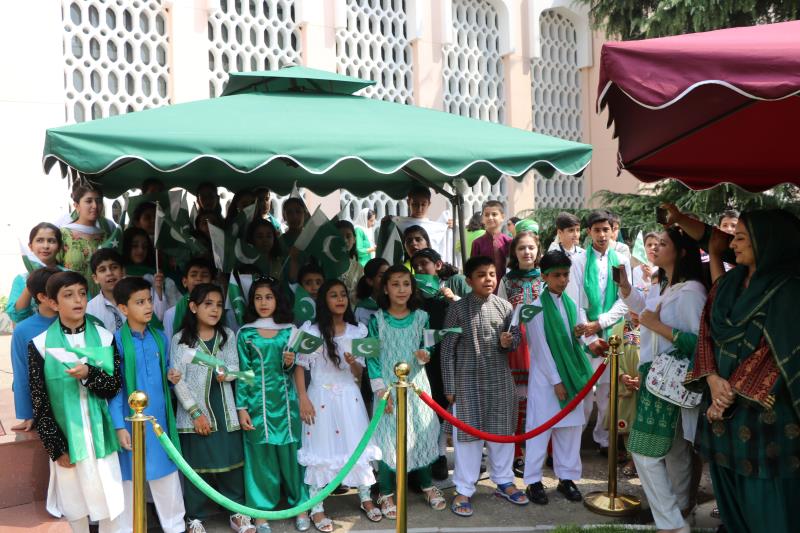 Ambassador Masood Khalid congratulated the Pakistani community in China on this occasion and said that the Pakistani nation is today fully united and determined to meet all challenges and continue its march towards progress and development. He recalled the sacrifices given by our fore fathers for the creation of Pakistan and urged adherence to Quaid-e-Azam’s message of Unity, Faith and Discipline to promote national unity and cohesion. 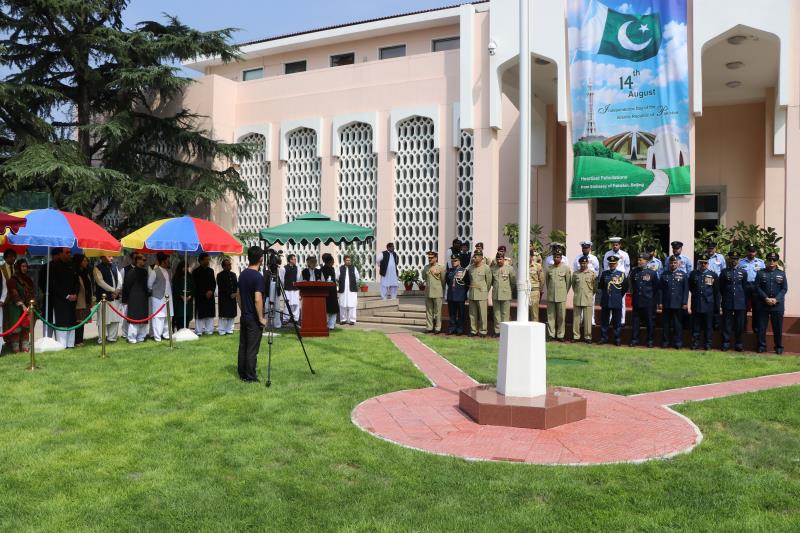 Pakistani children performed the national songs and a cake was cut on this occasion.