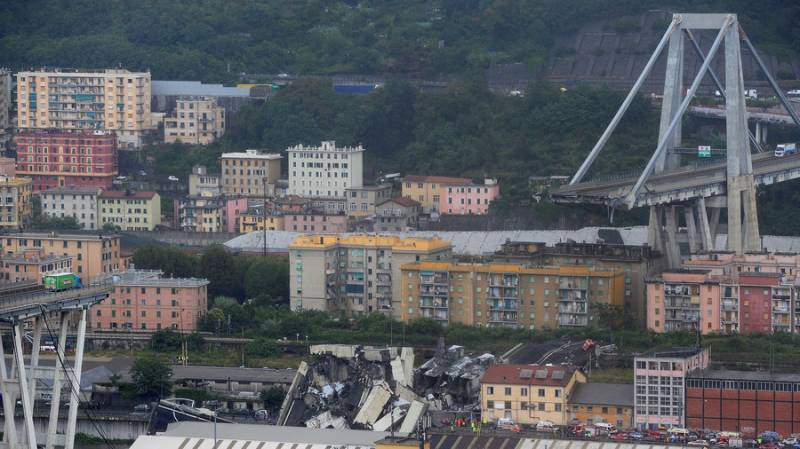 GENOA (Italy) - A bridge has collapsed in Italy's northwestern city of Genoa sending vehicles falling nearly 100 metres to the ground and killing at least 35 people, according to local authorities.

The death toll is expected to rise, Italian Deputy Transport Minister Edoardo Rixi said, after part of the Morandi Bridge on the A10 motorway caved in around midday local time (10:00 GMT) on Tuesday.

About 200 firefighters were deployed to the scene, the fire service said, with two survivors reportedly pulled from the rubble and flown to hospital by helicopter. 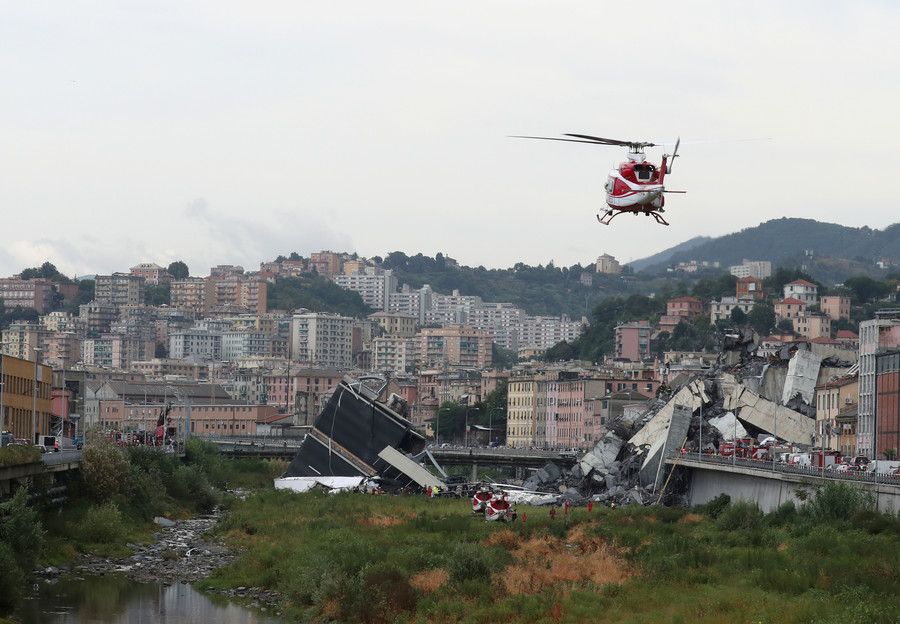 The cause of the disaster was not immediately clear, although weather services in the region had issued a storm warning Tuesday morning.

Some 20 vehicles were on the viaduct when it collapsed, according to firefighters.

Television images showed the bridge in the mist with a huge chunk missing, with Italian media reporting that about 200 metres of the bridge had fallen away. 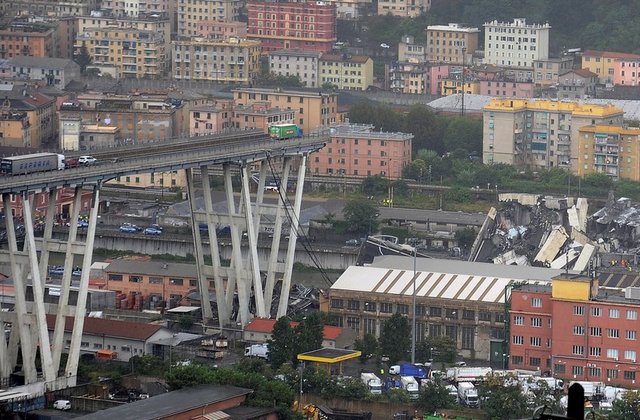 Police footage showed firemen working to clear debris around a crushed truck, while another fireman nearby scaled broken slabs of the collapsed bridge support.

Restructuring work on the 1.2km-long bridge, a major artery to the Italian Riviera and to France's southern coast, was carried out in 2016.

The highway operator said work to shore up its foundation was being carried out at the time of the collapse, adding that the bridge was constantly monitored. 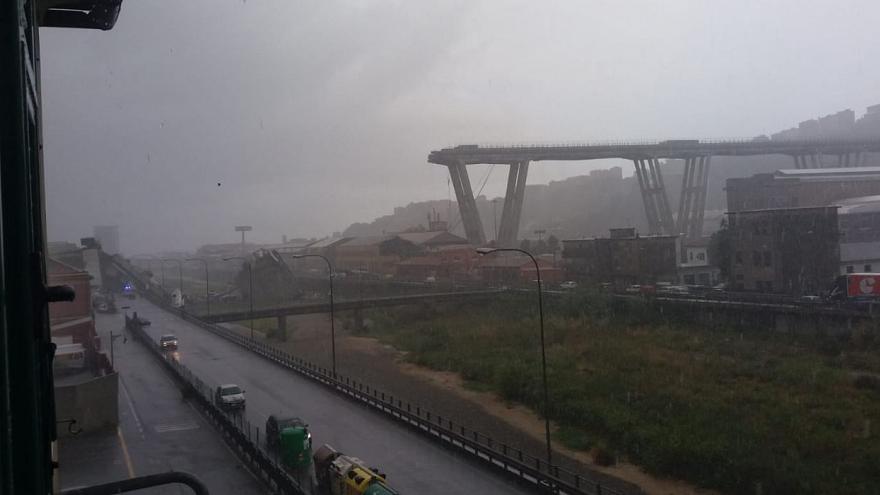 Tancredi Palmeri, an Italian journalist, said that the collapse took place on a usually busy stretch of road.

"Genoa is a port city that is linked to the right to Milan and the other parts of Italy and to the left is linked to Italy's border with France," he said.

"The bridge is one of the main two gates to the city, everybody that has been to Genoa by car has passed by this highway bridge."

As details emerged, Transport Minister Danilo Toninelli said the incident was "an immense tragedy", adding he was travelling to the scene of the collapse.

"I am following with the greatest apprehension what has happened in Genoa," Toninelli wrote on Twitter. 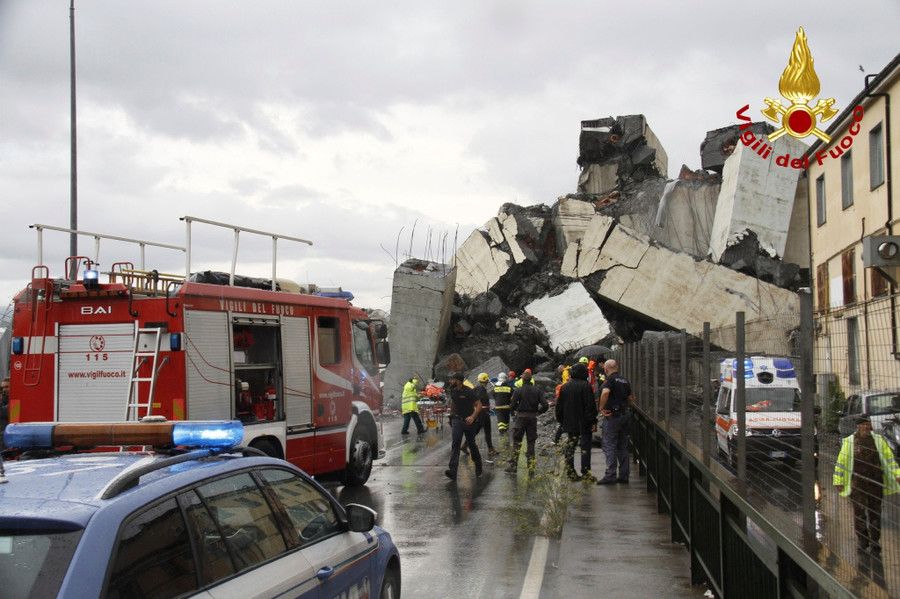