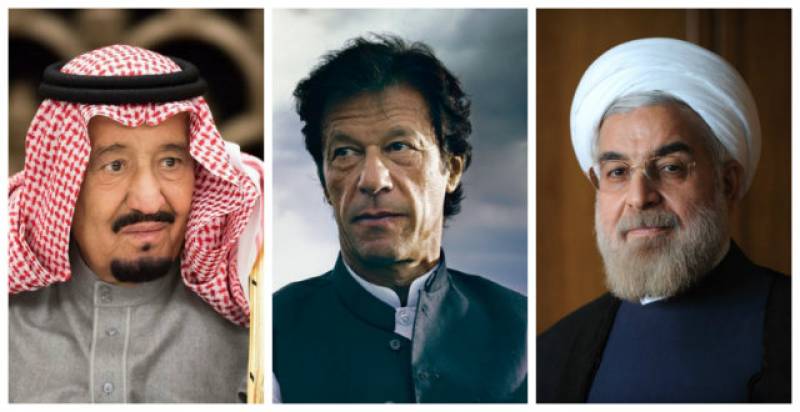 Imran Khan was offered a state visit of Iran, Saudi Arabia by the respective heads of state to which he had agreed, according to reports in local media.

Khan, chairman of the Pakistan Tehreek-e-Insaf (PTI) political party, accepted Iranian President Hasan Rouhani’s invitation to visit Tehran. However, the visit will be finalised by the foreign ministries of the two countries after the PTI forms his government.

On August 4, Khan told Iranian Ambassador to Islamabad Mehdi Honardoost that Pakistan was “ready to play a constructive and positive role between Iran and Saudi Arabia”.

Imran Khan was also invited to Saudi Arabia by King Salman in a phone conversation between the two earlier this month.

He also had a telephonic conversation with Crown Prince Mohammad Bin Salman, who called him today (Tuesday) to congratulate on his victory in July 25 polls. For his part, Khan expressed thanks to the Saudi prince for the congratulation, reasserting keenness to improve relations binding Pakistan and the kingdom, in all domains.

Khan, the leader of the PTI party, will take the oath of office on August 18.

The cricketer-turned-politician has announced readiness to play a constructive role to mend fences between Iran and Saudi Arabia.

Tehran and Riyadh have been at loggerheads in recent years over a long list of differences, particularly their conflicting view on wars in Yemen and Syria, among others.